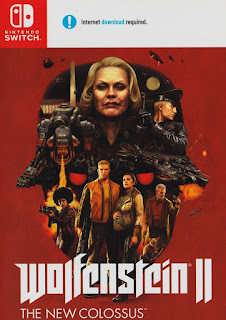 Halo, Half-Life, Call of Duty, and even Doom all trace their roots back to Wolfenstein 3D, the first major FPS in video game history, though it did start on the PCs first. The series has been rebooted here and there, but I was curious to try this new game. It came out a couple years back on Xbox One and PS4, but like the new Doom, they made this one work for the Nintendo Switch as well, but is it a good game? 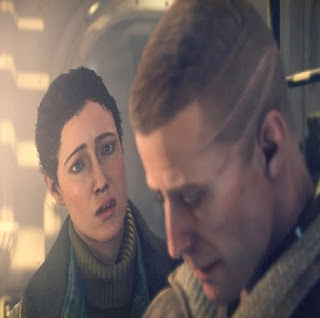 The game is set in an alternate reality, where Nazi Germany won World War II instead of the Allies. Since I didn't play the original reboot game, I'm not really sure what happened there. But you play as William Blazkowicz, a famed warrior and champion of all that is good and noble. He's also hated by Germans, for obvious reasons. 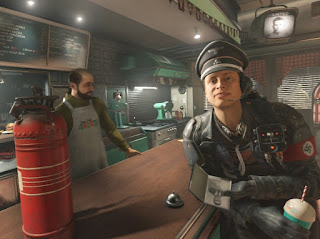 Most of the game has you in an occupied United States of America, where you can see where far-right politics has changed the landscape for the worse in this dystopian version of the 1960's. William Blazkowicz has to undergo dangers and possibly even death just to save his own country, and also to face some horrors from his past. 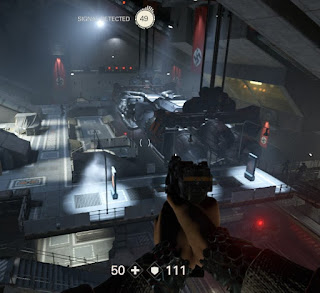 The game is still a pretty straight-forward FPS. Instead of auto-healing after finding cover, you rely on medical packs and armor, like the old days in the 1990's. You mostly fight regular machine-gun carrying soldiers and a good number of robotic beasts. There's also plenty of weapons to find, both conventional and high-tech. 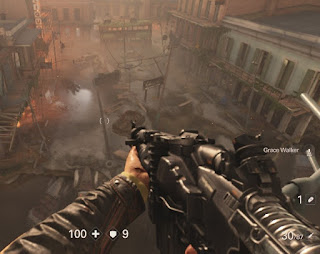 But the problem with the game for me is that it feels like a FPS from the 1990's. I didn't think the genre really got good until Halo helped perfect things in the early 2000's. Like Doom, I liked it a little, but overall I couldn't love it. Oddly enough, the new Doom had tried to do multiplayer, but in Wolfenstein II, it's strangely absent. A pretty bold move nowadays for a FPS not named Metroid Prime, but the campaign didn't save it for me. Too many cramp indoor areas, too much wandering looking for almost nothing for no real reason, and battles which really aren't that fun.

I grew up playing Doom on the PC (Windows 95) and had heard about the Wolfenstein game.
Never played it but I think you've given it a fair review!