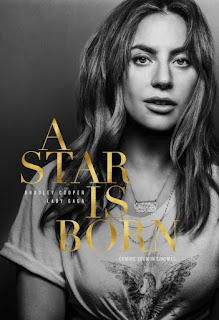 A Star Is Born made a decent splash at this year's Oscars, with a nomination in almost everything except Best Director. Though it only took an Oscar home for Best Original Song, which was mainly written by its leading lady, the very talented Lady Gaga. While neither Lady Gaga or Bradley Cooper got an Oscar for acting, I did want to see the movie. I'm a big fan of Lady Gaga's music (especially her first few years), and I'm always curious to see her acting as well. 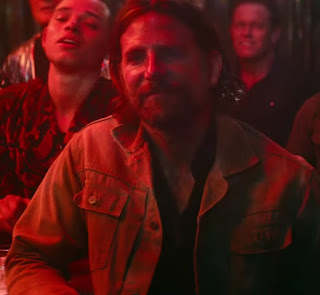 The film is actually a remake of several films all dating back originally to 1937. This one is set in the modern day, with the musical idol Jackson "Jack" Maine. This (mostly country-music) celebrity ends up being a "fan" in a night-club when someone unknown is playing music there. And he likes what he sees, and likes even more what he hears. 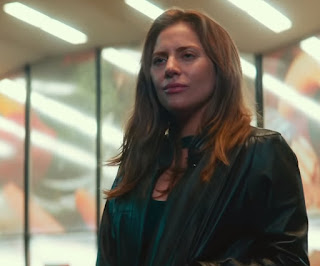 The woman behind the music is Ally Campana, a young but a bit jaded individual who is more of a musician for the fun (and possible future) of it all. Jack invites her to attend one of his concerts, and she even works up her courage to perform a song with him. Which is much different, as he has thousands in his crowd, while the night-club didn't even have a hundred. 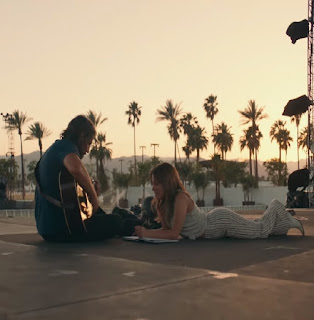 Soon Ally becomes notable with her own big career in the musical business as well. The two of them then take it further in their own romance. However Jack has had a long history of substance abuse, and Ally will soon enough see the dark side of it. Can the two of them make it together, or will be it in tragedy? 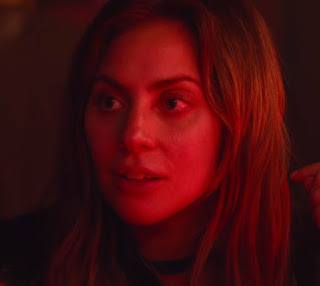 Overall I was a great deal disappointed by A Star Is Born. The song Shallow which Lady Gaga and her team wrote for the film is brilliant, and both her and Bradley Cooper do well when it comes to the music of this film. But I just didn't care for the story too much. Rather depressing, Jack Maine is too unlikable for my tastes, and I really didn't think the two of them were ever really in love. Cooper also directed this one (his first), and while the acting is good, I thought how the scenes flowed was rather odd. I really wanted to like this one, but I just couldn't dig it.

I didn't think the film was all that terrific, either. Lady Gaga's acting was pretty decent but the movie was super predictable and hackneyed.

I haven't seen it yet.

Nor am I.
This "Lady Ga Ga" is as far as I am concerned aptly named.
She is GA GA!
Colin

So much hype around this film, but it never really grabbed my attention.