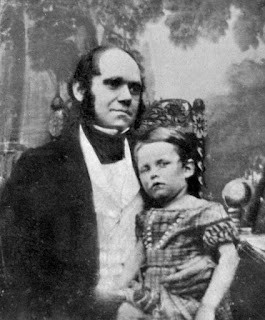 In 1968, the Supreme Court took up the case of a high school biology teacher versus a law in Arkansas that made it against the law to teach evolution in public schools. The Supreme Court ruled in favor of science, and told state governments they had no right to set academic subjects to favor a religion. After the case, Christian fundamentalists tried to inject "creation science" into classrooms to counter their fears of scientific facts within evolution as a whole.
Posted by Adam at 12:00 AM

Email ThisBlogThis!Share to TwitterShare to FacebookShare to Pinterest
Labels: Arkansas, Christianity, evolution, fact of the day

Interesting. Hadn't heard about this one. Hugs...RO

Oh brother! This issue still seems to be strong in many states and many people still don’t believe in evolution

Some people are rat bags and these are at the top of that bloody tree!
Colin

I hadn't heard about this. Very interesting.