Fact of the Day: John Oldcastle 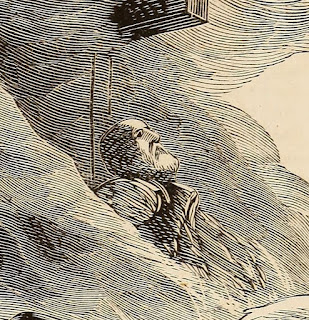 John Oldcastle was a pre-Protestant Christian in England who led the Lollard movement in England which sought to reform the Christian church in the country. He was a friend of King Henry IV, and avoided the charges of heresy for many years. He was in open rebellion during the reign of his friend's son King Henry V. After years in hiding, he was finally captured and killed. His body was burned into ashes, but it is unclear if he was alive when that happened or it was done after-the-fact.
Posted by Adam at 12:00 AM

Was it the Lollards who wanted to translate the Bible into English so common people could read it? I can't remember.

It ain't easy being a reformer.

Thanks for this fact.

I hope Oldcastle was dead before being burned too, although hanging is no mercy. I've thought many times that I would have been burned as a heretic in the past. I cannot accept the thought of literally eating Christ's body and drinking His blood, nor to I believe confessing to a priest is necessary. Thank goodness I live in a time where I can think freely and not face hanging, being burned alive, or other horrible things.