Favorite Quotes: Electoral College is a Disaster for Democracy 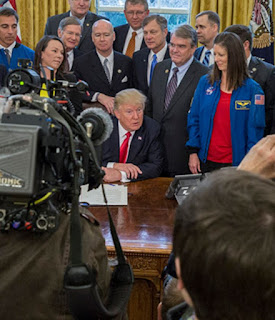 "The electoral college is a disaster for a democracy."

Donald Trump said this on election day of 2012, which I'm guessing is before the results were made final. President Obama outclassed Mitt Romney by far in both popular and electoral vote. For anyone who knows real history, the electoral college was established as a compromise between a direct popular vote and those who wanted the State Houses to pick the president, and not the people. A COMPROMISE in 1789, probably should't be the standard quo in 2020. If the Democrats manage to turn Texas blue (or blue enough), having almost every single large populous state would have every election in their favor all the time. Then Republicans would be singing a different tune about the electoral college.
Posted by Adam at 8:00 PM

No need for the electoral college anymore.

Twice in the last 19 years the Electoral College has gone against the Democratic candidate. You'd think the Dems would raise a bigger stink about it than they have. Sure, they complain, but never actually call for College's abolishment. They must think it will work in their favor some day.

I wish I could be her in one hundred years and see how things turned out and how history relates our time.