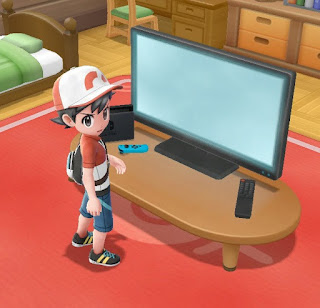 Pokemon has been a huge craze for twenty years now, but really only on handhelds. Nintendo has done some spinoffs for N64, Gamecube, Wii, and WiiU, but never a real game. And Let's Go Pikachu/Eevee isn't really either, but it's the closest thing so far. 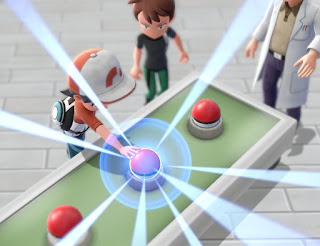 While one would think this a remake of Pokemon Red/Blue, it's not truly. You're not Red/Ash and your rival isn't Gary/Blue Oak. Instead you look like him and your friendly rival looks like Gary/Blue. But it becomes clear within the first hour, that the events of the first game have passed for at least a few years already. 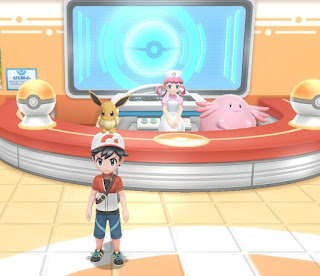 But almost every spot and corner in Kanto is fully remade and mostly how you remember them. All the gyms look to be the same (I've only seen Brock's and Misty's gyms) and even the roster of pokemon is the same in those fights. 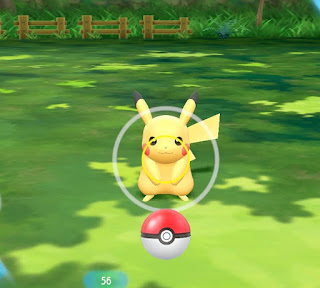 What's really different is that you can't battle wild pokemon anymore. You can earn EXP from catching other pokemon. I guess this is what the Pokemon Go game did on mobile phones, but I'm not a huge fan of it. 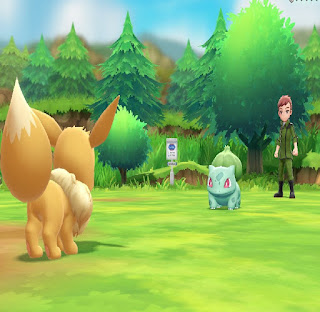 The battles are the same for the most part, but you can battle two pokemon at a time in select battles, which was not in the first game of Red/Blue at all. I can't remember if that was a feature in FireRed and LeafGreen either. I'm not hugely impressed by the game, but I'm hoping I can finish the game before getting bored.
Posted by Adam at 11:30 PM