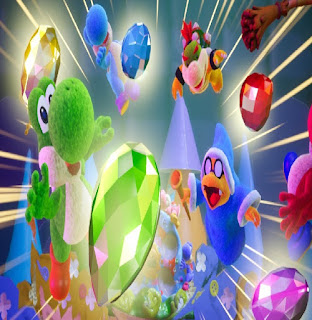 One of my favorite games of all time was Yoshi's Island on the Super Nintendo. While most of the Yoshi Island sequels have been decent, Yoshi's New Island (3DS) was mediocre and Yoshi's Story (N64) was garbage. I did liked the WiiU's Yoshi's Woolly World a few years ago. This one serves as its direct sequel with a paper-craft art-style rather than a yarn one. 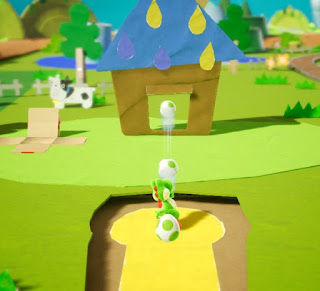 Since it's on the Nintendo Switch, nobody is going to be impressed by its graphical power alone, but it's beautifully made. Like Gamecube's Wind Waker, they use really well made art techniques to make this a joy to look at during everyone one of its moments. 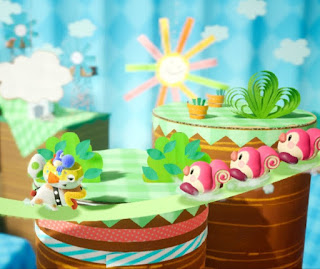 The game plays a lot like all the games in the Yoshi's Island sub-series. Except this time, Yoshi can throw eggs in a 3D plane, at times anyway. It's mainly things in the background that exist in the "3D realm" of the game. 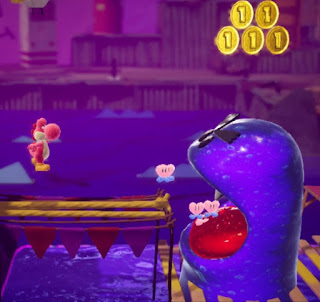 But the game plays much like Yoshi's Island and its sequels. Mostly in 2D, which jumping, egg throwing, and secrets to find. This one may rival all of the others in terms of what you can find and collect. Many gamers lamented that the game would be perfect if Nintendo actually had an achievement/trophy system like Sony and Microsoft has for their consoles. 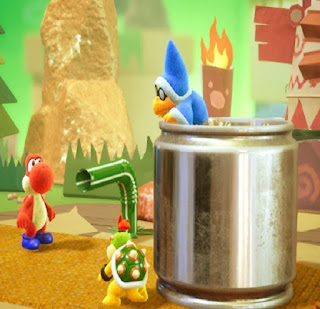 Overall it's a pretty fun game so far. I doubt it will rival the original game in my heart, but it certainly looks like it will be one of the better games in the sub-series rather than a dud. Hopefully it will be my 2nd favorite.
Posted by Adam at 11:30 PM

I hope it becomes your second favorite, Adam. I like the bright cheerful colors.