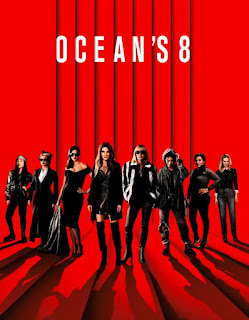 Quite a number of years ago, I watched Ocean's Eleven with George Clooney and Brad Pitt. I liked it, but it was not among my favorite films ever, or even for that year either. It had some sequels but I didn't care enough to watch them. Last year's Ocean's 8 caught my eye, mainly because the whole cast I really like or at least, don't dislike. The idea of a similar plot but with a female cast was enough to get me back into the series. 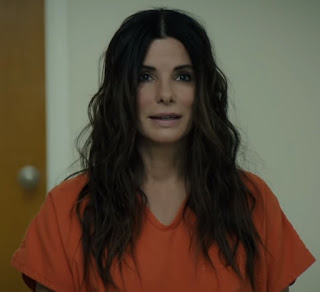 The story takes place quite a number of years after the adventures of Danny Ocean, who supposedly died not long ago. His sister Debbie Ocean is in prison, as she had been caught up in a similar job as her brother, and they nabbed her. She pleads to the good people of justice that she wants a honest life in the real world. 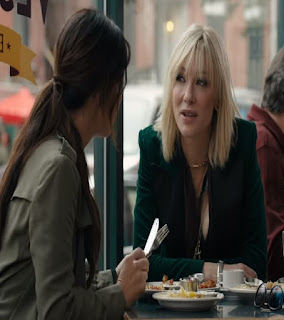 And they grant her the freedom she wants. However, she jumps right back into the world of criminals. She reunites with her good friend Lou Miller. She has the idea that will rival her brother's plans in the past. However Lou thinks she's a little crazy, as the plan would take at least seven others to help her out. 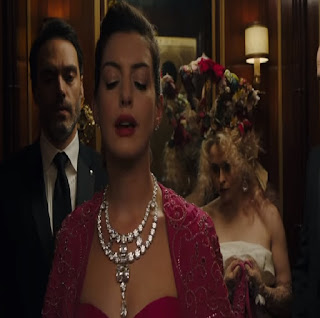 The genius plan is to get a famous actress (in this case, the fictional Daphne Kluger) to wear a ridiculously expensive diamond necklace to an event at a fancy museum in New York City. Then get her in a blindspot where nobody can see, as one of Debbie's people takes the necklace from her without her knowledge. With a lot of people and who team of security protecting the jewelry, this will be quite the feat to pull off. 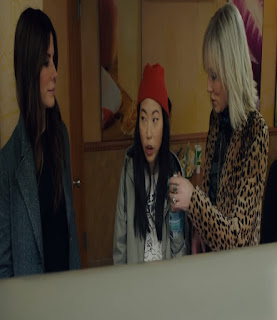 Overall I liked Ocean's 8, but about the same as Ocean's Eleven. This genre of film isn't my favorite, and the plot is rather predictable. While I do think they often got away too easy with some things in the story's logic, most of the stuff her is pretty believable,  even if it's unlikely. Looks like they might try another sequel, we'll see if that's better or worse.

This sounds pretty good, but is probably something I'll watch On Demand. There are very few movies I'll go to the theater for.

I've never seen this movie. I also don't like this film genre too much and I don't even really remember Ocean's Eleven.

Good God - what next? I'd have to be chained to a chair to watch this rubbish and I have to also have my eyes taped open.
Colin

My Rare One wanted to see this one so I went along with her reluctantly. (After all, she DOES go to all the superhero movies which I like and she despises, so fair is fair). But I actually had a lot of fun watching this -- it was much better than I feared it would be. A total fantasy, of course, but hey, aren't all movies?

I've not seen this film...yet!

I agree with the B score. Watchable, but not memorable.