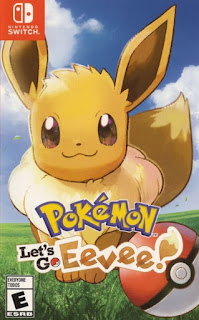 One of the fondest things I remember when I was a kid was Pokemon. I remember hanging out with friends from my baseball team and they all started to play the game on their Gameboys. I had no idea the game existed (this was before the web told us everything) and I remember trying my hardest to get my hands on it. Not long afterward, I got Pokemon Blue and I loved it. The new Let's Go Pikachu and Eeevee games are almost remakes of Red/Blue from the late 1990's. 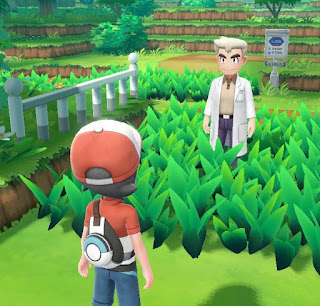 As such, while you don't play as Red and your rival isn't Blue, you have grown up in Pallet Town and Professor Oak gives you your very first Pokemon. This won't be a choice you can make in game, it's rather the version you got. If Pikachu is on your box, then it's the yellow mouse, if it's Eevee then you get the idea. Both the special Pikachu and Eevee cannot evolve, but you can find wild versions of both. I got the Eevee version as you can find wild pikachus early on in the game, just like the original ones. 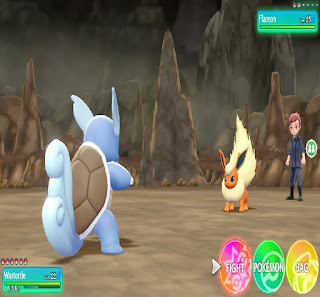 The battle system is almost the same, except it's in full HD and 3D graphics. They did add just at touch of things added later in the series. You will rarely get a chance to fight trainers in doubles battles, and you can eventually get a chance to Mega-evolve various pokemon in battle. But 98% of the time, you know what to expect if you remember the old games. 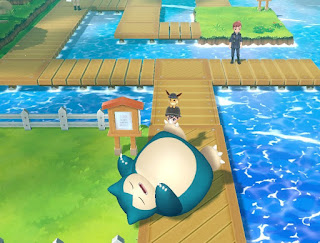 But pretty much all the story-lines and gym battles are just how you remember them. Almost every secret in the first game is in the same spot here as well. You'll get a lot of deja vu if you remember the old days, and kiddos today will be happy as well. There's also compatibility with the mobile game Pokemon Go, for those who were involved with that. The only major difference now is that you cannot battle 99% of the wild pokemon, you instead earn experience points by catching new pokemon. 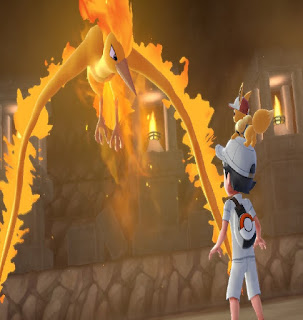 Overall Let's Go Eevee was pretty fun, but nothing that shattered my perception about the series. It's a wonderful walk down memory lane, though I will say some of the ideas they had in the 1990's, have aged a little. You can't play with a pro controller (seriously, what the heck?) so I ironically played this game in the mobile version, after all the years wanting to play pokemon on a big screen, I'm still stuck doing the same thing. While the game isn't the true "Pokemon for Switch" (the upcoming Sword and Shield are) that we had hoped for, but it's pretty darn good to overlook.