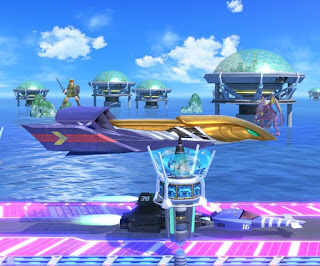 Big Blue is a stage based on F-Zero, which is where Captain Falcon is from. His big ship (but not his racer) is the main thing to stand on here. It's loosely based on a track from F-Zero X on N64. The stage was created for Melee, returned for Brawl, but missed out on Smash 4. 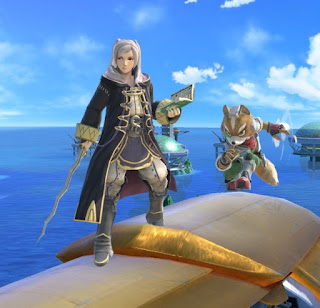 It's just like its incarnations on Gamecube and Wii. The Falcon Flyer is your main area to fight. But it is constantly moving and you can't stay on it forever. 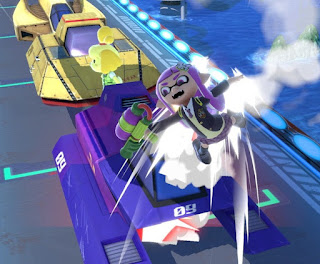 And the biggest thing to look out for are the smaller racing cars. You can fight on them, but if you slip and fall, it's a painful mistake. 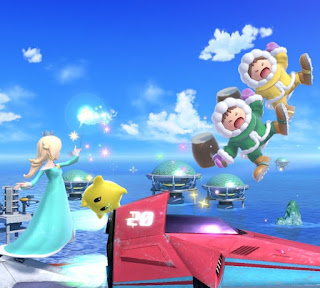 While far from my favorite stage, and rather imbalanced, I can't hate on Big Blue. I'm glad to see it back in the series.
Posted by Adam at 11:30 PM