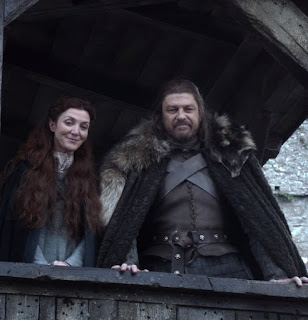 While she had her faults, I liked Lady Catelyn Stark of Winterfell. Before the show's events, she was the daughter of the most powerful lord of the Riverlands. Originally engaged to Ned's older brother Brandon Stark, when he is killed by the Mad King, Ned marries her instead to cement an alliance with the Riverlands against the Mad King. While their marriage was originally a political one, it becomes one of love, and a lot of children born as a result. 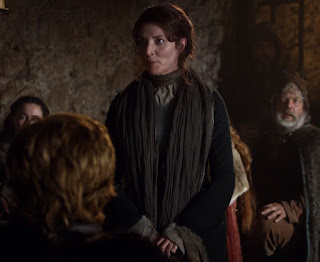 When Lord Eddard Stark becomes Hand of the King, she spends most of the time away from her husband. She is worried over the Lannisters and believes Tyrion Lannister was the one who pushed Bran out of the window. Which causes Ned to be put in a very dangerous situation when the Kingslayer comes seeking revenge. 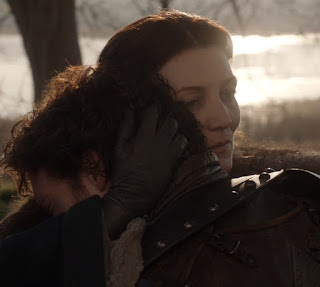 And she mourns with her eldest son Robb when Ned is killed by the new king. Her devotion as a wife and mother is quite remarkable. She spends most of her time trying to get Sansa and Arya back into safe hands, but never does. 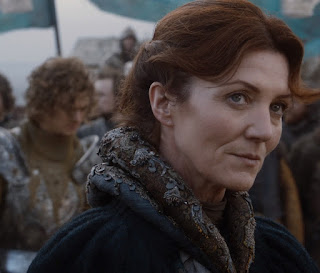 She does try to ally the North with King-Pretender Renly Baratheon and despite Robb's title of King in the North, Renly is happy to ally with the Starks. 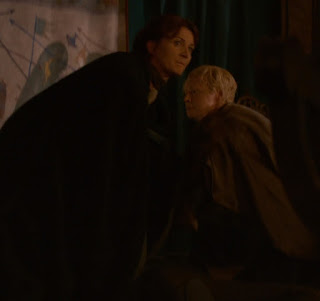 And it all goes wrong when Renly dies by Stannis' ghost "child". She allies with Brienne of Tarth and frees Jaime Lannister in hopes to get her daughters back. While the move is ultimately successful, Lady Catelyn would never see the day. 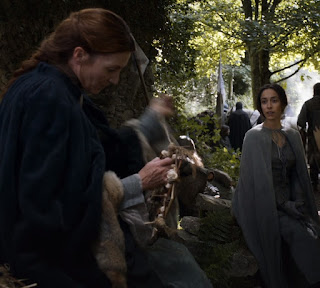 She has a troubled history with some characters, like Petyr Baelish who was in love with her since his youth. She also is a bit cold to Robb's wife and queen Talisa. But I never liked that she hated Jon Snow, whom she thought was a bastard son of Ned Stark and some unknown woman, rather than Ned's nephew who was born the rightful King of the Seven Kingdoms. 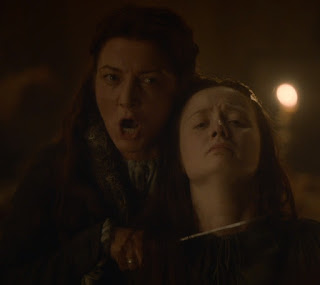 Catelyn dies at the Red Wedding in one of the most emotional and well-acted moments of the whole series. In the books she actually kills Walder Frey's retarded grandson Jinglebell, but in the show instead its Walder Frey's new and young wife. In the books she actually rises from the dead (like Jon would later be) but she had been dead so long, she is not the same woman. I really did not like that the show dropped this entire plot from the series. I thought this would have been really really really cool.
Posted by Adam at 11:00 PM

I think I'm one of the few people on this planet who hasn't seen this series. Now that it's ending, I may have to binge watch to catch up this summer.

This is one of my favourite shows ever!

I don't want to think for a second that this brilliant show is in its final season! I enjoyed your recounting of Catelyn Stark's part in this epic story. I was really disappointed when she wasn't raised from the dead, but the books are so complex that some concessions had to be made to bring the story to the screes.

Oops ~ to the screen.