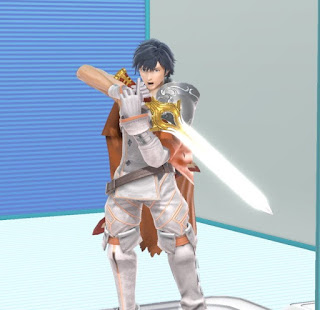 His game Fire Emblem: Awakening was my first in the series, and it does seem odd that they left him out of Smash 4 in favor of Robin and Lucina. 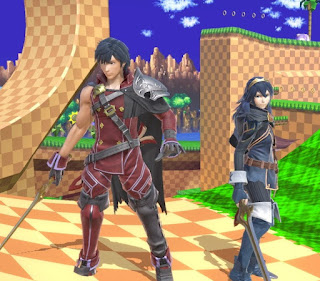 Speaking of Lucina, that's Chrom's daughter from the future. They even have the same sword. Though oddly Chrom is a echo fighter of Roy and Lucina is an echo fighter of Marth. In Awakening, Lucina says she learned how to fight from her father, who sure wasn't Roy. 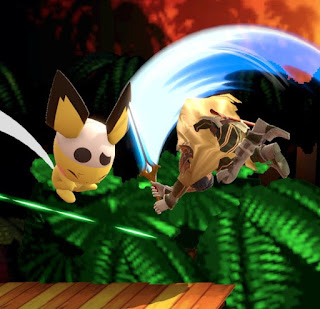 The only major difference between him and Roy is his up-special where he does some fancy flips. Which is very much like Ike's move. He also doesn't have any flames coming out of his sword like Roy does. 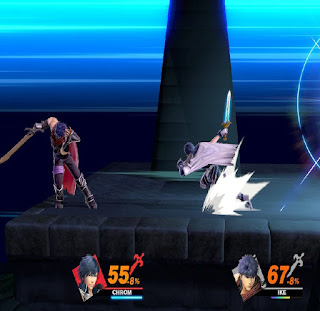 His Final Smash is Awakening Aether which is very much like Critical Hit. I do think it's rather sweet that they took extra time to make a slightly different Final Smash. 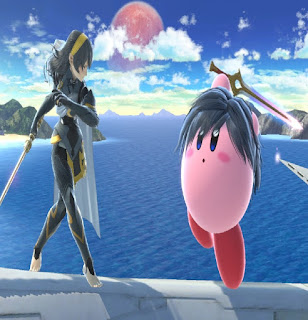 When Kirby absorbs Chrom, he gets his hair and his falchion sword. While its the same mini-sword as Lucina's, Kirby uses it this time like Roy's where it's a swing down with a blast instead of a powerful thrust. 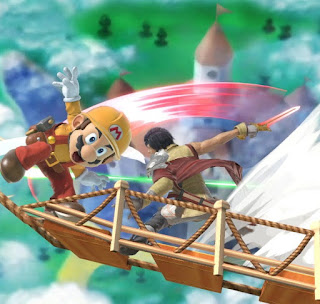 Online I did fair with Chrom, but nothing special. I actually did worse with him than Roy, so I'm not going to main him, that's for sure. But I do think he's a decent fighter.
Posted by Adam at 11:30 PM