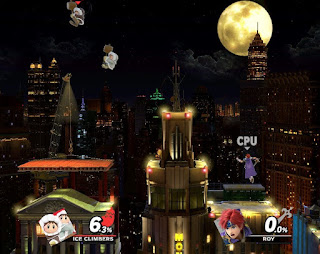 This one had returned from a long slumber. It originated in Melee, and finally returned in Ultimate. The Smash team gave Fourside a large graphical upgrade from the Gamecube incarnation. 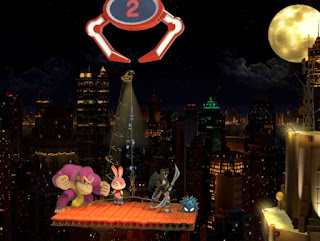 The stage is from a city in the game Earthbound, which Ness is from. It reminds me a bit of Saffron City from the N64 original but not quite as good. 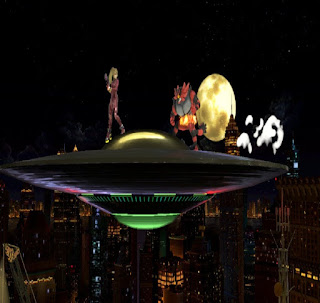 The only real variable in the stage is the UFO that will appear and fly around. It doesn't really hurt you, but serves as an extra platform to fight on. 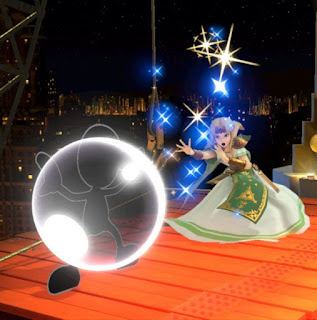 While it's far from my favorite stage (my heart wasn't broken that it wasn't in Brawl of Smash 4), I don't mind a match or two on it.
Posted by Adam at 11:30 PM