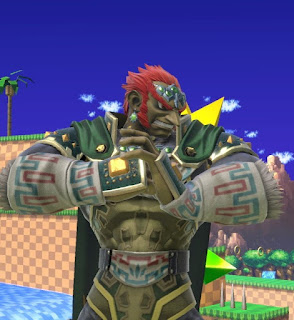 Ganondorf has been in the series since Melee, and he has one of his most powerful incarnations in Ultimate. 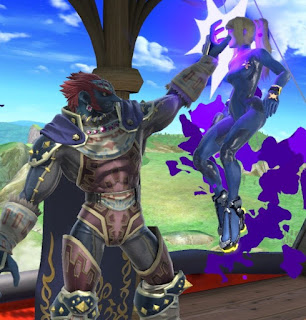 He hasn't changed much since Melee, in terms of moves. He's a Captain Falcon clone, but instead of being fast, he's got power with his dark magic. 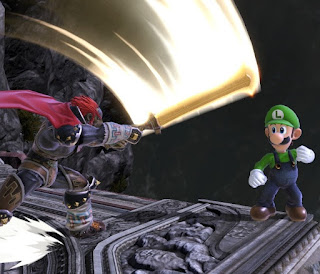 And his smash moves use a sword for the most part. You can actually KO almost any fighter if they're over 45% damage with one strike. Ganondorf fighters can be very tricky online, you can't afford to get hit many times. 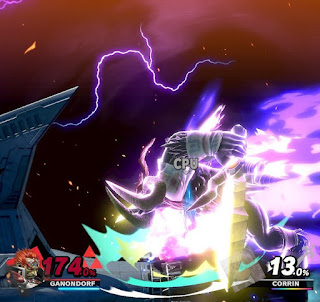 His final smash is Ganon, the Demon King. He basically takes a more Ocarina of Time incarnation of Ganon, and while he can cause a lot of damage, I was a bit disappointed this Final Smash is easy to miss. 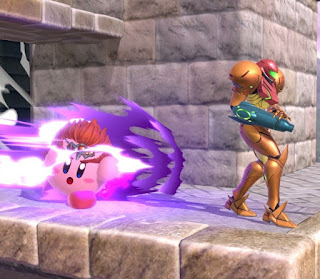 When Kirby takes Ganondorf's power, he has his own warlock punch. It almost seems a little quicker than Ganondorf's move, but it has the power, for sure. 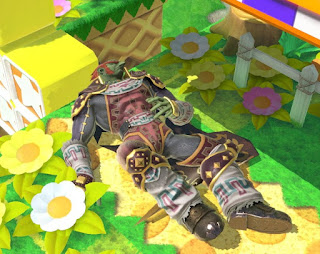 Online I did poorly with Ganondorf. I've seen a lot of good fighters with Ganondorf, but I was never among them. He's too slow and clunky for me to do well with.
Posted by Adam at 11:30 PM

You seem to have a lot of fun and enjoyment with all of your games, Adam! These are outside my experience, but I always enjoy hearing about peoples interests and passions.