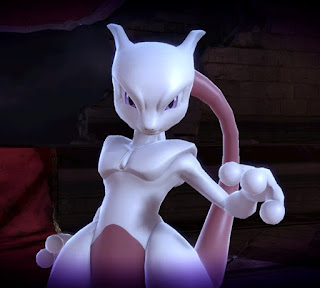 While Mewtwo missed Brawl in favor of Lucario, this powerful pokemon has been in the series since Melee. Though I wasn't as relieved to see him return as I did in Smash 4. I thought it was wrong when they did that in Brawl. 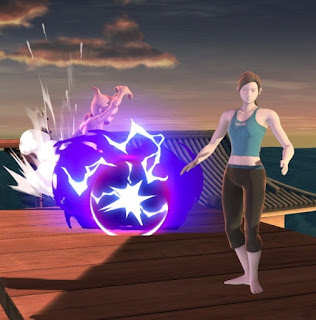 The original "most powerful" Pokemon from Generation One is about the same as he's always been. He's got psychic magic attacks and he can teleport as well. 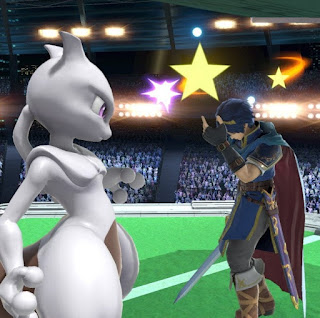 One of his best moves is shooting a confusion ray, which can be reversed. If it lands (very short range), the opponent basically is stunned like if their shield had broken. Allowing you to get a pretty easy hit and possible KO. 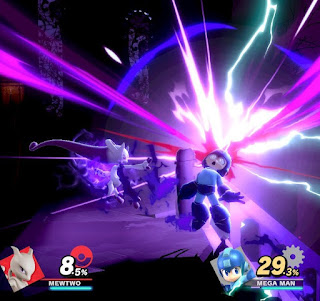 Mewtwo's Final Smash is Psystrike where he Mega-evolves into a more powerful form and has a great deal of magic energy. Not my favorite Final Smash, but a decent one. 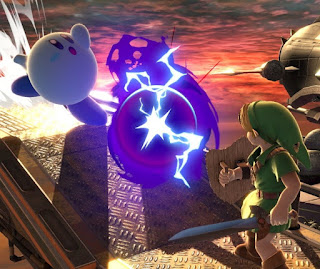 When Kirby takes Mewtwo's power, he can shoot the shadow ball at foes. While not as fun as it used to be, I have a soft-spot in my heart for this ball of dark energy. 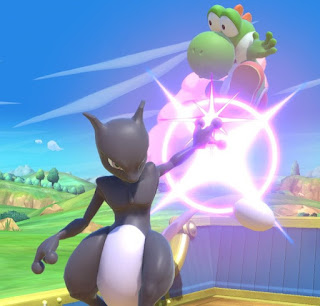 Online I did kind of poorly with Mewtwo. I can't remember how good he was in Smash 4, but he was pretty good in Melee. While I liked his moves, I felt like I lost more matches than I should have, but I never felt helpless to a certain extent. But I rarely see another player use him.
Posted by Adam at 11:30 PM