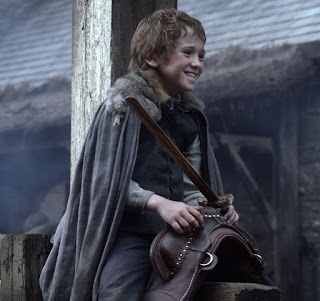 Rickon Stark is the weakest character among the family of House Stark, mainly as he's a little boy for most of the series. He's even younger in the books. You don't notice him much in the first season, his siblings far over-shadow him. 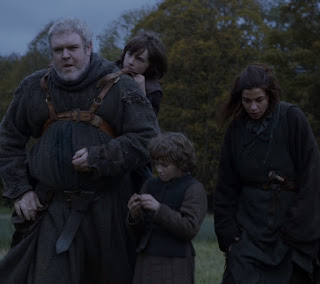 But you notice him more after his father's death. Winterfell is taken over by Theon Greyjoy and the Ironborn. So they manage to sneak out and run away. They go much more north near the wall. 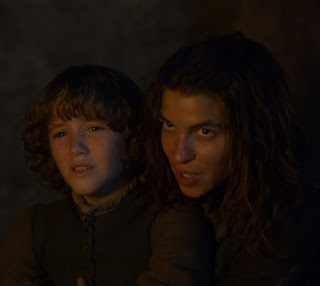 But as Bran gets close to the wall, he tells Rickon and the wildling Osha to head to the lands of House Umber, a loyal set of bannermen to House Stark. 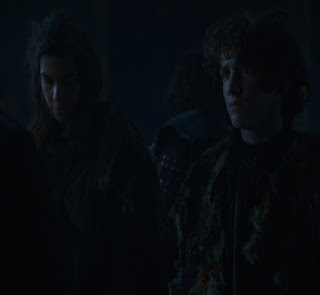 That plan works out for years until House Umber betrays them in favor of Ramsay Bolton. They apparently do this because Jon Snow brought wildlings to the North. I really don't think this is how it will be in the books. 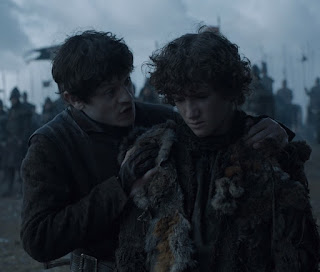 But he's kept alive until the Battle of the Bastards. We all knew he was going to die. 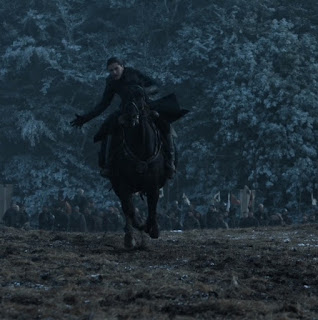 Jon Snow stupidly but bravely tries to catch his brother's hand before Ramsay's deadly game was up. 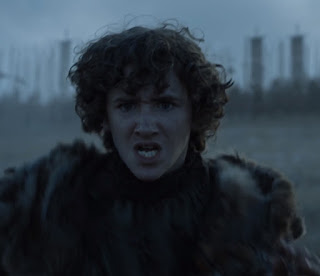 And just when you think the show threw a curve-ball with a surprise survival, he's hit with a fatal wound by an arrow. Why did you run straight? Zig-zag Rickon! Zig-zag!
Posted by Adam at 11:30 PM