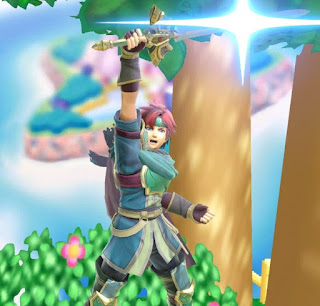 I think Roy has a special place in the hearts of fans of Super Smash Bros. as when we all unlocked him and Marth in Melee, we had zero idea who they were. Technically Japanese players had no idea either, Melee was the first game to feature Roy. His actual game Fire Emblem: The Binding Blade came out on GBA a few months later, but only in Japan. 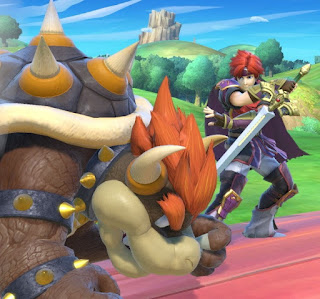 Since Marth and Roy were built on the same idea, they still play very much the same. Though Roy has more strength and power, though he lacks in speed. 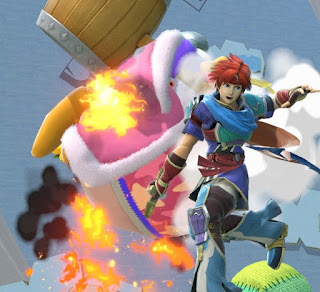 While I preferred Roy in Melee, I do prefer Marth in Ultimate. Roy's more powerful strikes just don't make up for it. He also has a bad recovery in jumping, as I had too many unneeded KOs against me because Roy has a limited range when he's over an edge. 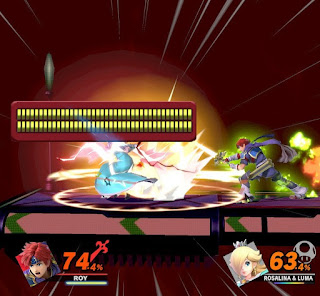 His Final Smash is Criticial Hit, like most of the Fire Emblem cast. It's powerful but easy to miss with. So it's not my favorite in the game. 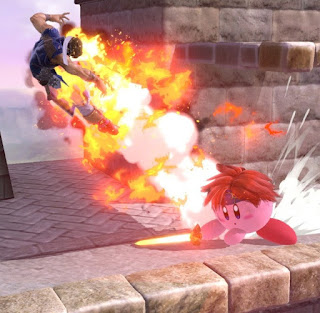 When Kirby absorbs Roy, he can use the flare blade move. While powerful, most players see it coming a mile away. 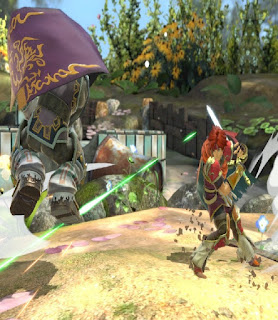 Online I did okay with Roy, but nothing too special. I don't see many others use him, so I'm probably not the only one who's noticed Roy isn't the greatest in Ultimate. But I do still like him.
Posted by Adam at 11:30 PM