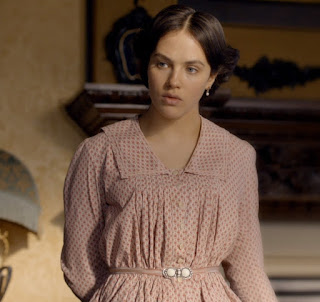 The youngest daughter in the Crawley family, Sybil was my personal favorite among the sisters. If I had been Matthew Crawley, I would fallen for her instead of Mary. I thought she was the most beautiful of the three, and she was without question the sweetest soul and rarely did any wrong or evil. 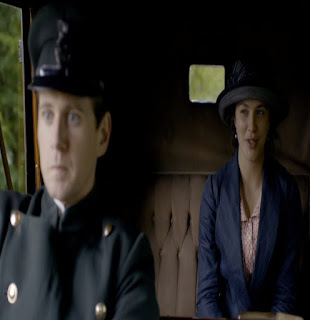 Unlike most in the upper class, she saw servants mostly as equals, rather than inferiors. Not a huge shock when she starts to bond and fall in love with the driver Tom Branson. They get close due to their interest in politics. Tom is an Irish Republican and a Socialist, while Sybil is very interested in women's rights. 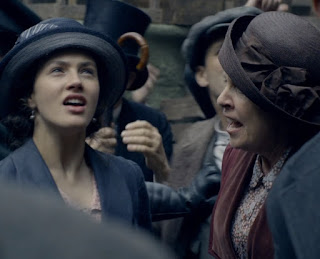 Her interest in politics, almost got her killed when events got violent and she was caught in the middle. Luckily, the people that she loved were there to help her. 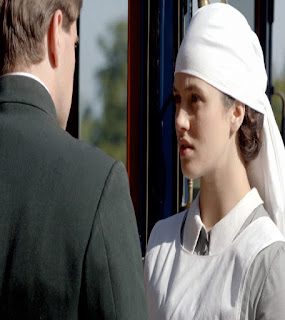 When World War I breaks out, she defies her parents and becomes a nurse. I liked this story line with her. 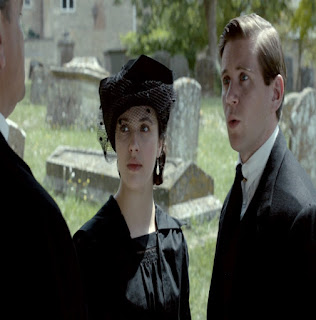 After the war is over, she makes it clear that she will marry Tom Branson. While Lord Robert Crawley is upset as a father, he eventually gives his blessing. 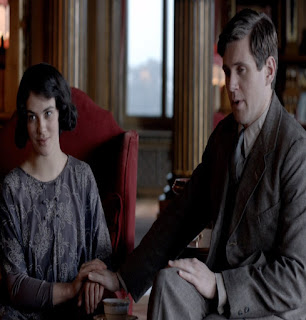 Sybil leaves a wealthy life and spends most of her marriage in more modest places in Ireland. She returns to see Mary get married. And she's pregnant. 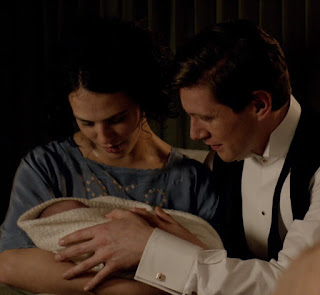 So she gives birth to her daughter Sybbie at Downton. 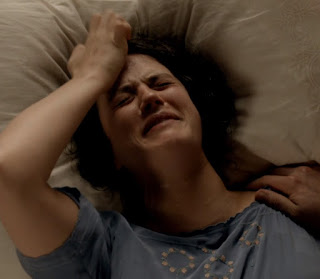 But she dies shortly after due to bad advice from the new doctor, while Cora wanted the family doctor Dr. Clarkson to look over Sybil. She died from eclampsia which could have been probably prevented today with aspirin and a low-to-no salt in a person's diet. The whole scene is scary, emotional, and the saddest (in my opinion) death in the series.
Posted by Adam at 11:30 PM

You, Adam, have excelled yourself in your analysis of this character.
Well done, mate.
Colin