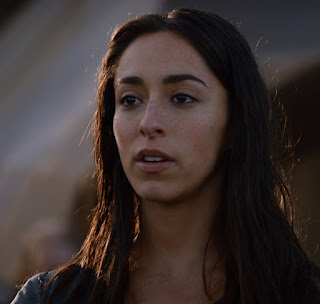 One of the most beautiful women on Game of Thrones, I really liked Talisa for the most part. Funny enough, she was a show-only character. Which is really odd, because the character she replaced didn't seem like it would be that difficult to write about or around. 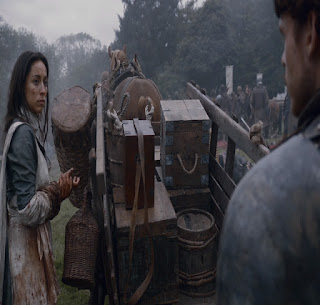 So in the show, Robb runs into her after a battle is over. She is a healer and she tries her best to take care of the injured. She isn't shy to tell Robb to his face, that all of those who were suffering, had him to blame for it. War is war, so that was pretty bold. 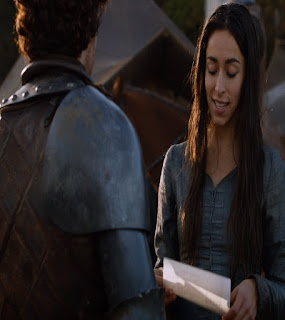 But she gets on his good side (because, well who can blame him?) and he falls in love with her. While his mother warns him, because breaking his vow to marry a Frey daughter would cause some political damage beyond his control. 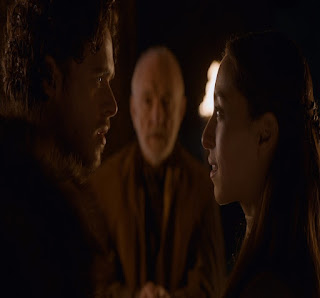 But he decides to marry "for love" and she is Queen in the North. While she isn't "hated" by the Northmen, not many are thrilled about the match. Most saw the war was over when she became Queen. 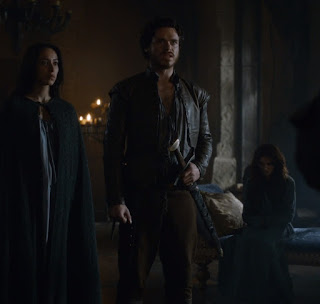 Their marriage is a happy one outside of the war. But even she can't convince Robb to make better political moves (like keeping Lord Rickard Karstark alive) in favor of an honorable outcome like his father taught him. 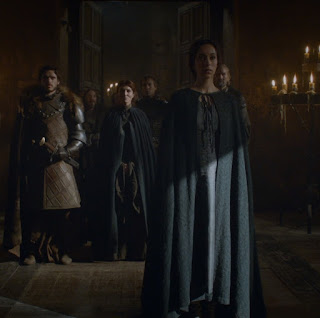 She goes with Robb to the Red Wedding, and Walder Frey sees exactly why Robb broke his vow. 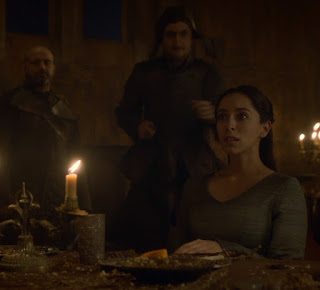 But that doesn't stop him from ordering her death at the Red Wedding as well. The show writers were pretty cruel teasing a potential baby prince named Ned Stark and then having it ripped from us. In the books, it was Jeyne Westerling, who was the daughter of a lord loyal to the Lannisters. Robb and her had an affair and he married her to keep her honor in-tact. Her parents were behind the Red Wedding events, so they made sure she stayed away while Robb got murdered. Despite the two characters' differences in biography, they had a similar look.
Posted by Adam at 11:30 PM

Email ThisBlogThis!Share to TwitterShare to FacebookShare to Pinterest
Labels: game of thrones, Oona Chaplin, things I like

Gosh...I can't even remember her from the show anymore or the books! I might re-watch the whole thing when this final season is over.

I liked her, too, Adam. I want to reread all the books and rewatch the entire show.