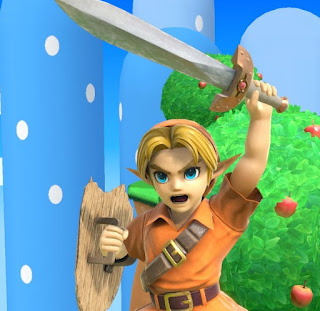 When they said all the former fighters were returning, I wasn't expecting Young Link as Toon Link replaced him in Brawl and it made sense. I considered them the "same" character. But the Hero of Time as a boy returns with his kokiri sword and deku shield. 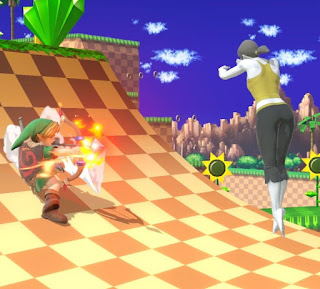 The main difference between him and the other Links is his fire arrows. Just like it was in Melee. Certainly the best arrows of the three Links as it causes your foe extra damage as there is some burns to come. 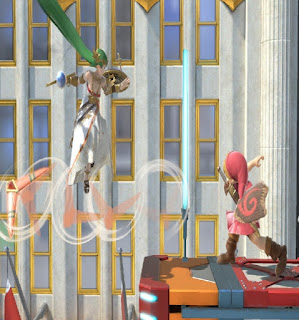 His differences between him and Toon Link end about there. Now he's much shorter and faster than the Breath of the Wild Link. Which makes him often more difficult to hit. 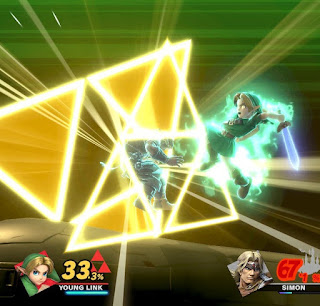 His Final Smash (which he techically never had before) is the Triforce Slash, the same as Toon Link and the Links of the previous Smash Bros. games. 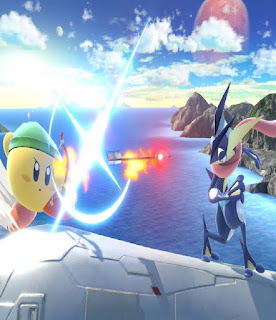 When Kirby takes Young Link's power, he gets the Link hat and the fire arrows. Not a bad time for Kirby to be an archer. 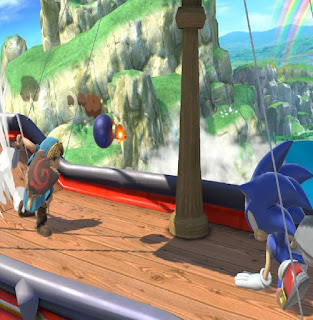 Overall I did pretty decent with Young Link against players online. Though he wasn't my favorite, though out of all the Links I've faced online, most players seemed to be better with him than the other two.
Posted by Adam at 11:30 PM

I tried to play the classic Zelda on the NES Classic. Not a big success.