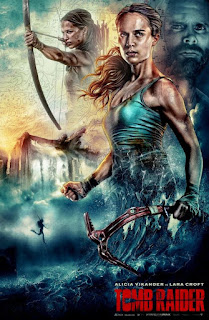 In 1996, Tomb Raider made waves in popular culture as it impressed gamers greatly on Sega Saturn, PS1, and PCs. One of the biggest draws to the game was its lead, Lara Croft. While she her 32-bit look won't impress many today, many gamers fell in love with her back then. This led for Angelina Jolie to make two movies as Lara Croft in the early 2000's. While it doesn't seem like it's been almost a decade and half since the last Tomb Raider film, the film reboots itself with Alicia Vikander in the lead role. 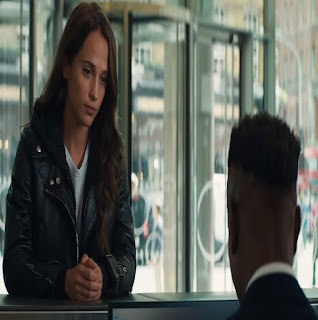 The film starts with a young Lara Croft struggling in life. While she is the daughter of a wealthy British lord, her father went missing years ago. While she could have had a better life, doing so would have to admit that her father is dead, instead of just missing. A family member convinces her to finally claim her inheritance (or risk losing it all) so she lets go of her pride, and goes to claim her birthright. 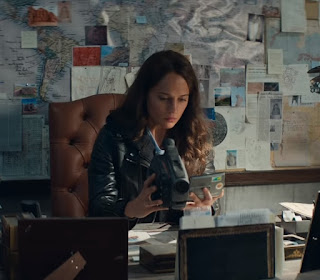 Lara Croft soon gets to see what her father, Lord Richard Croft had been doing all those years before he left. Her father was researching the ancient Japanese Queen Himiko, whom by legend, was a dark figure in Japanese history who brought evil death with a single touch. Her father left a message for Lara, pleading for her to destroy all of his research, should he not return. However Lara ignores this and finds a clue leading to a Japanese island. 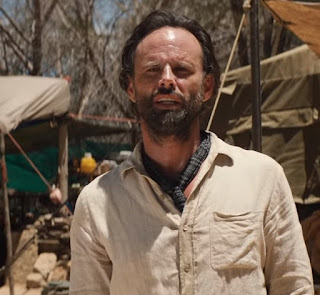 She ends up shipwrecked and captured by her father's rival Mathias Vogel. The rival Vogel makes it clear that he's not Lara's friend, and that he apparently killed her father years ago. He says the work on the project has to be done before he leaves the island. He has a boss who really wants whatever is in the tomb of Queen Himiko, and he knows Lara is smart enough to find the last pieces of the puzzle as her father got real close. Overall the new Tomb Raider was a so-so film. I also would note, that I didn't play much of the video game series and I didn't see the first two films. I will say Alicia Vikander is not a good cast for Lara. While her acting here was received with mix reviews, she just doesn't look like the character for me. Combine that with a rather generic plot, and you get a movie that isn't really good but it's not really bad either.

Right are so right. The new character movie was one to take frequent bathroom breaks during it.
Angelina Jolie was good. Alicia looked she was a senior in highschool, and made much the same decisions as and 18 yr. olcd.

I really liked the movie "Time Raider" with Angelina Jolie. I was fortunate to see the ruins of Ta Prohm in Cambodia where it was performed. I'm so behind on movies, I'll never catch up!