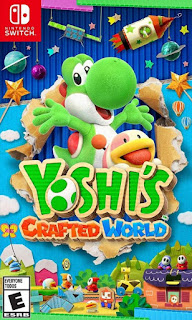 One of my favorite games of all time was Yoshi's Island on SNES. One of my most hated games of all time was Yoshi's Story on N64. Luckily besides a rather bland Yoshi's New Island (3DS), most of the sequels to Yoshi's Island have been pretty darn good. I had a lot of faith in Crafted World as Yoshi's Woolly World on WiiU was pretty good. Since the same team was behind this direct sequel, the only fear for me is them running out of ideas, which I quickly realized was not the case, they still have the imagination. 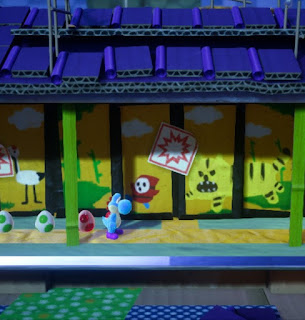 What isn't so original is that Baby Bowser and Kamek had caused more drama for the lives of all the Yoshis. Unlike some in the Yoshi's Island sub-series, there's no Baby Mario to protect this time around. Your health is determined by how many hearts you have, but they don't regenerate easily. But at least you don't have to worry about an annoying yell festival from an infant Mario that will haunt your eardrums for twenty years. 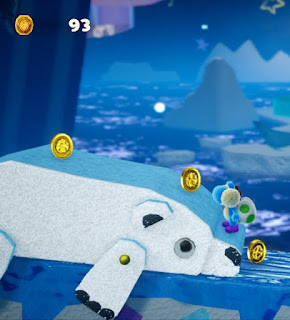 Like almost all the games in the series, you go from stage to stage and complete levels. The one thing I noticed about Crafted World that differs from most, is that it will let you eventually pick which sections of "worlds" to complete first. Most of these worlds have three levels, and they have a common theme. 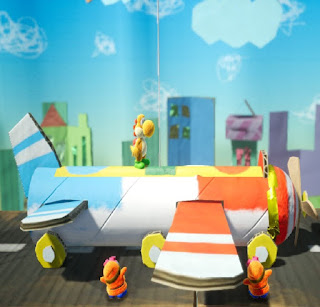 You also have surprise levels. You could be commanding a Yoshi Robot, flying an airplane, riding a solar-powered cart, and much more. But regardless of what level your own, you progress in the game by collecting as many smiley flowers as you can. As an added bonus, each level can be played again inverted, but these mirror levels turn into a search for Poochy's puppies, which I found rather interesting and challenging. While the game is rather easy, finding all the secrets is far from it, and could drive a person bonkers. 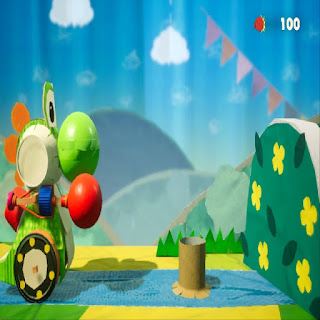 But overall I was really impressed by Yoshi's Crafted World. While the original on Super Nintendo is still my favorite without question, this could rival Yoshi's Island DS as my 2nd favorite in the sub-series of games. The imagination in the levels is strong, the bosses are good, and the graphics (mainly the art behind it) are a masterpiece. Though it is a bit too easy for its own good, and doesn't take very long to finish.

I'm always a fan of imagination and great graphics!