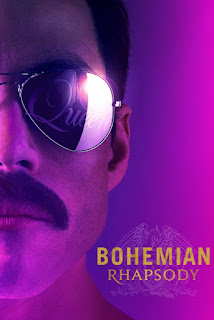 To be honest, I was never the biggest fan of Freddie Mercury. He died when I was just a little boy, so he certainly was before my time, so there is a considerable disconnect there. With his death, the band Queen lost its head, but I was happy for them (though I haven't really watched much of them) when they "revived" themselves when they partnered with Adam Lambert. Bohemian Rhapsody made splashes at the Oscars this year, but failed to bring home the Best Picture award. Now Rami Malek (who plays Freddie Mercury) got the win for Best Actor, and I just had to see this for myself. 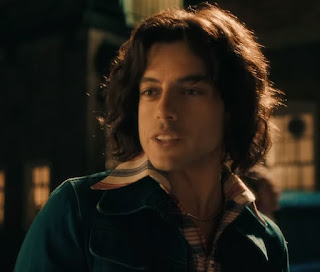 The film starts with Freddie Mercury is just a young man, and not technically Freddie Mercury. His real name Farrokh Bulsara whom was British-raised but born to parents from India (though Iranian in ethnicity) originally. He has a big passion for music, but his father esepcially doesn't like what he's doing per se, especially him taking a new name for himself. 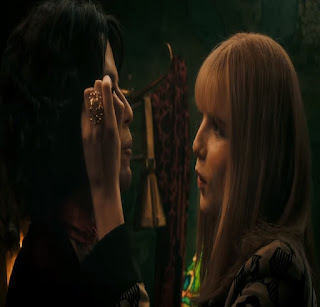 Freddie sees a band called Smile and introduces himself. Impressed by his singing ability, Freddie is allowed to replace their lead singer, who had just quit. Freddie soon meets a young lady named Mary Austin, and the two are very much in-love. Freddie even offers to marry her, but what Freddie later learns about himself will shake their foundations. 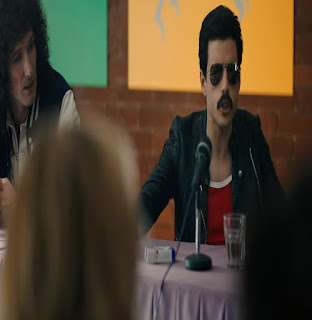 But his career soon sees a great rise in popularity. Freddie Mercury helps the new band Queen not only make music, but to innovate the industry. Despite his shy nature behind the spotlight, he has a great affection for the crowds and fans. But Freddie Mercury will soon learn that the life of a celebrity isn't perfect. As reporters soon want to know about his private life, and his music agents want him to go solo, while he feels loyal to his band. 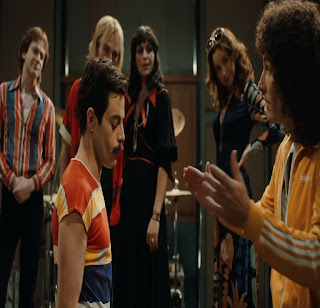 Overall Bohemian Rhapsody was a pretty good movie, but it wasn't one of those movies that changed my life or anything like that. I will say, Rami Malek was incredible as Freddie Mercury and he really did deserve that Oscar. Maybe not as impressive as Daniel-Day Lewis as Abraham Lincoln, but I think a lot of Queen fans probably had a lot of deja vu moments there. Despite Mercury's tragic death, they managed to keep the tone of the movie happy, which I prefer most of the time. Out of the Oscar movies for 2018 I've seen, I will say I did like Green Book a bit better.

I enjoyed this movie, and being an Adam Lambert fan have seen the Queen concert twice already!

This is a perfect example of how American Idol can change a person's life, literally. We saw it happen with Jennifer Hudson, Kelly Clarkson, and Adam Lambert. As a music fan, I've always enjoyed Queen. Rami is a really good and believable actor, and did the movie proud. When it comes to the Oscars, I always have mixed feelings, making it hard for me to judge who should win director, actor, actress and best picture nods. I would actually like to be in the room when they look at these movies and dissect them to see what actually causes them to vote the way they do.(lol) Anywho, glad you enjoyed the movie. Hugs...RO

I loved this movie, especially how Freddie Mercury's 5 cats each got their own luxurious room in his London mansion. Now THAT'S how to treat a cat! My human should take lessons from him.

I'd like to see this movie at some point.

I didn't read your review, Adam, because I really want to see this movie. I was curious about what grade you gave it though.