Grave of the Fireflies (1988 Film) Review 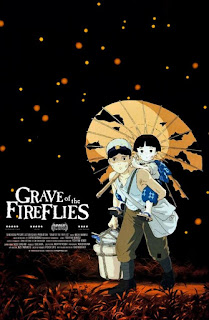 Grave of the Fireflies is a film I've been meaning to see for a few years. It's by Studio Ghibli, which is pretty much the Japanese version of Disney cartoon movies. Though Studio Ghibli had never been afraid to make animation movies with darker themes. This one is set during the very last months of World War II in a very war-torn Japan, so yeah, it gets rather dark. 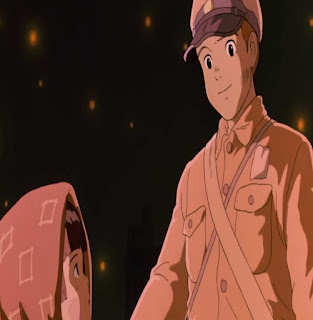 The story is about two siblings, the teenage boy Seita and the very little girl Setsuko. Their father is in the Imperial Japanese Navy and is at war with the Americans. While their mother is around to look after them, any day planes from the sky can blast them into very burnt beings. And sure enough, havoc comes. 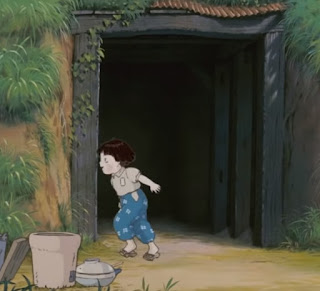 And their mother is injured and dies from her wounds. This leaves Seita and Setsuko to go off and live with their aunt. Which is their only option. She's mean, spiteful, and takes advantage of them when they manage to acquire good food like rice. 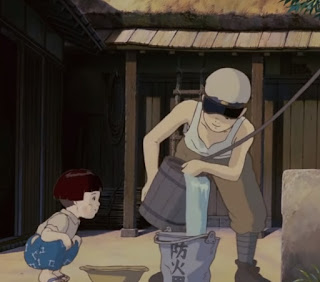 But as the two kids will soon realize, food is getting really difficult to come by. Japan is at the last months of the war, and they're losing badly. Almost any kind of resource goes to help the war effort. Can Seita and Setsuko survive before the war is over? Or are they doomed to a terrible fate in the worst war in history. 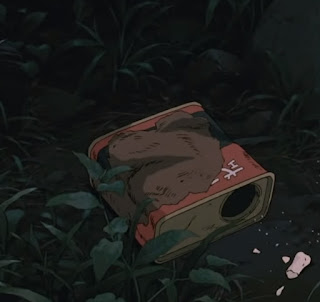 Overall I was a bit disappointed in Grave of the Fireflies. I'm not a big fan of films that are dark and gloomy, and while there is optimism and hope in the story, it's not a happy tale regardless of if there is a delightful end to the movie or not. It's still a good movie, but I will also point out that the much later made In This Corner of the World is very similar to this one, so deja vu is very abundant for me to be honest.