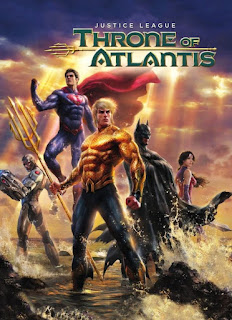 I've been a fan of most animated films based on DC comics, but I had my doubts on Throne of Atlantis. I had mistrust since I saw the poster and read the premise. Nobody seemed to like it that much either. But I've been meaning to see it for years now, and I finally had the chance to knock this one out. 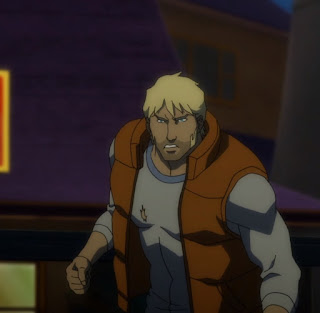 The film is mostly about Arthur Curry, better known as Aquaman. This one is mostly an origin story about his tale. You see him before he realizes his real powers. He picks a fight a some kind of restaurant/bar and easily defeats a bunch of thugs. One of his enemies is shocked when a knife shatters against his skin. 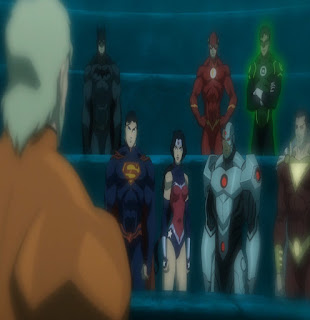 While Aquaman isn't "born" into a hero yet, the Justice League sure is. Mainly thanks to Cyborg, they notice a terrible threat that is happening deep under the ocean. They find a big clue with Aquaman, as he's half-human. His father was normal, but his mother was Queen of Atlantis and as a result he can breath under-water, talk to fish, and unusual strong strength. 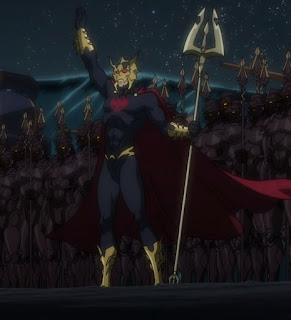 All of them soon realize that the major villain is Aquaman's half-brother Ocean Master. His sibling isn't exactly going to welcome his big brother to Atlantis. But instead he usurps the throne, and declares war on the land. With the power of the whole ocean at his back, can even the Justice League stop him? 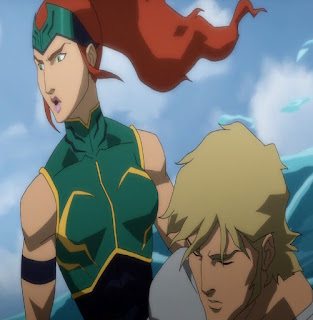 Overall Throne of Atlantis isn't as bad as I expected, but not that good of a film either. It's actually really similar to the recent Aquaman film starring Jason Momoa in the story, but flops in every way versus the silver screen movie. This probably would have been better without the Justice League, as a villain like Ocean Master should have been easily defeated when Superman arrives, but that's not the case here.

Somehow this sounds familiar. And it sounds messy, uncoordinated.