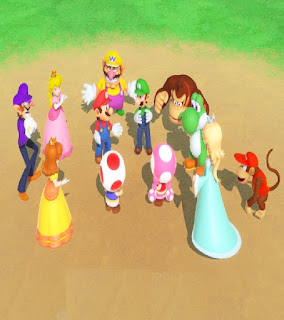 I haven't been a big fan of the Mario Party series to be honest. I missed out on the N64 games, but I did like Mario Party 4 on Gamecube. However, I've ignored the series for most of its history. But I figured it would be a good time to give the series another shot with Super Mario Party, which seems to renew a fresh sub-series of this spinoff. 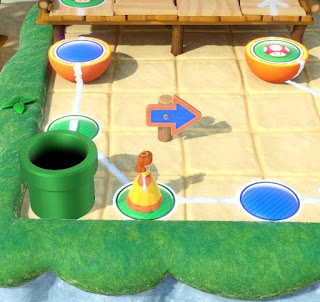 Though the game plays not much different than the other games that came before it. The main mode is where you and friends (or CPUs) play on a giant game board. You roll digital dice to make moves and certain spaces grant you better favors. 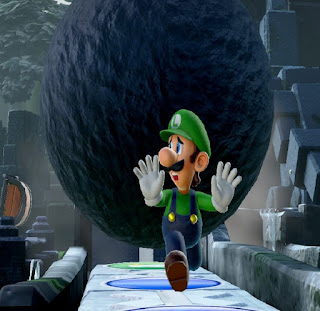 And some can set you back big time. So you have to be careful where you land, and there are two/three paths you can take, usually. 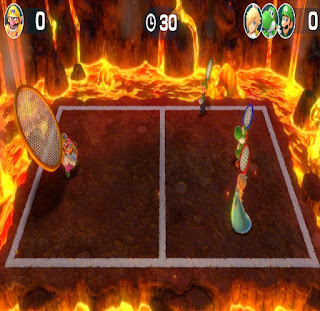 But the main deal is the mini-games, which happen after every round. You can play online but only in a handful of mini-games at a time, there's no big game board because Nintendo must know it'd be ruined by kids trying to rage-quit when they start losing. 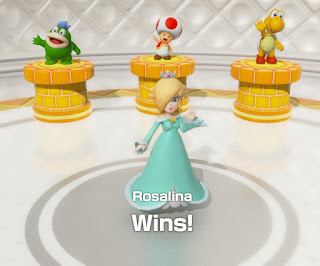 Overall, I'm not impressed so far. I haven't played much online, but the game board is really slow, clunky and stupid. I could win 90% of the mini-games and still not come in first because of these stupid items and stars.
Posted by Adam at 11:00 PM