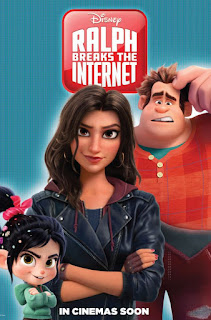 One of my favorite films of the early days of this decade was Wreck-It Ralph. Animated films take a long time to make a sequel, mainly because they want to make sure it doesn't flop before they make all the expensive animation again, and the studio usually wants to do a different project first. Ralph's 2nd movie shouldn't have taken about six years to come out, and for context some kid that watched it before he was a teenager, would have graduated high-school before the sequel came out. Myself, I have forgotten a decent bit of the plot of the original movie, though I still remember the gist of it and the characters. 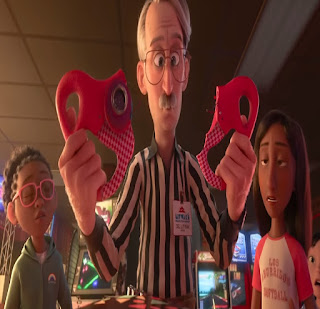 The story starts off with Vanellope von Schweetz's game Sugar Rush in the arcade's real life realm. One of the human players ends up breaking the steering wheel to the game. The arcade manager doesn't know what to do, so the game goes in hiatus. Meaning Vanellope and her racing counterparts were now "homeless" for the time being. 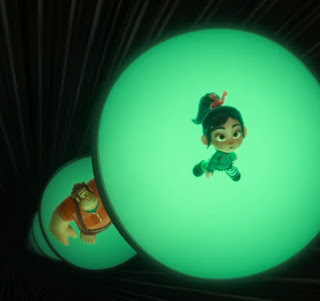 Vanellope talks to her friend Ralph and they decide to come up with an idea to fix her problem. They decide that if they find a new steering wheel, then the problem will be fixed. But they're digital characters, and this problem is technically in the real world. But they go where all kinds of unrealistic people venture to solve their problems, the internet. 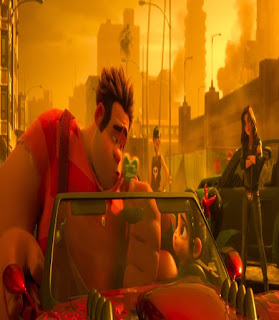 They manage to get a hold on a new Sugar Rush replacement steering wheel but they need actual real world currency to get it. They have a pretty strict time limit to somehow to acquire it too. Ralph while doubtful, is more than ready to find a way to help his friend get her game back. But is that really want she wants, or is there something else they don't realize that will make her happy? 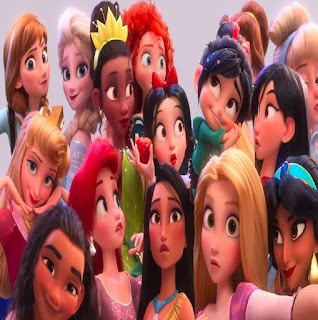 Last year I heard fans weren't too happy with Ralph Breaks the Internet, and I can see why. While critics liked it a lot, fans were in disagreement with a consider difference in what they thought of the film versus what critics did, unlike the original which was roughly the same. The sequel's problem is a messy plot that tries too hard for cameos from not just video games, but anything Disney owns. So instead of a superb plot, the sequel almost has a Family Guy feel (in the way scenes and jokes flow) and it does not translate well.

The Incredibles took how long to have a sequel? Why so long? While the sequel was received well, it could not have the charm of the original.