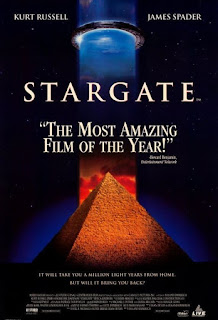 Over a long period of notable years in the days of advanced sci-fi movies and TV shows, I have heard of Stargate but I never quite knew what it was or what it is. I did know that they had done at least two different TV series like Stargate SG-1 or Stargate Atlantis. The other day I had the chance to watch where it all began, in this 1994 standalone film. But how does it compare to something like Star Wars or Star Trek? 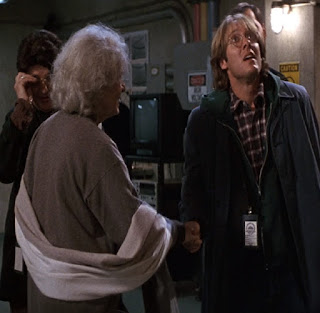 The film starts it what appears to be in the 1990's (the time when the movie was new) where a scientist named Dr. Daniel Jackson has been asked to solve a problem. The government had found a mysterious gate of space and time but they have no idea what to do on how to make it work. A master of symbols and dead languages, Dr. Jackson doesn't take long to help solve the issue. 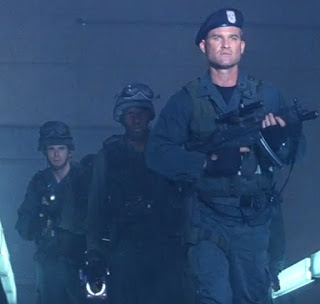 Now it comes time to see what can go in and out of the gate they created. They send a team of military men led by Colonel Jack O'Neil. While they don't need his strength. Dr. Jackson tags along to be the translator and brains if they need arises. While all the men are cautious, they all go through the portal without losing their courage. 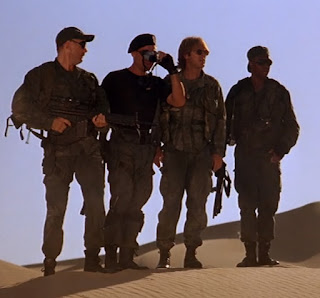 When they get out of the other side of it, they arrive in a world that is much like the days of ancient Egypt. Dr. Jackson and the rest soon run into a native race of "people" and both them and their more primitive counterparts get to know one another. While most of everything seems to be at peace, there's evil lurking around the corner. 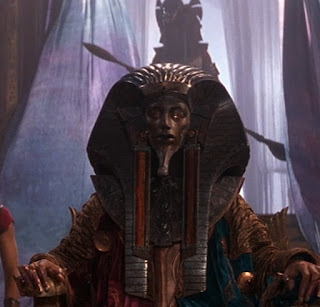 Overall I was quite a bit let down by Stargate but it's still a decent and good sci-fi movie. Since it came out in 1994, a lot of the special effects are laughable by today's standards. While it does involve some aliens, its sci-fi is more of a tribute to Ancient Egypt than it is E.T. or Darth Vader. It's rather amazing it spawned quite a lot of TV episodes based on the movie. Makes me wonder if they'll try again on the silver screen.

I never saw Stargate, although I've heard of it. I remember being blown away by the special effects when the first Star Wars came out about 15 years earlier than Stargate. You should have seen the "special effects" I grew up with in the 1950s and early 60s ~ LOL!!!

This is actually one of my faves! I must've seen this about a hundred times....LOL

I recall it also starred Jaye Davidson of The Crying Game.