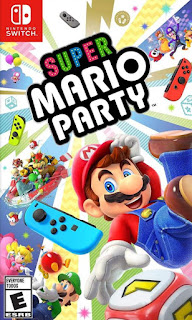 The Mario Party series has been a long-running spin-off since the N64 games. I haven't played much in the series, a little bit of Mario Party 5 but mostly Mario Party 4. I figured I'd give this one a try in this era of online gaming. As all my experience with Mario Party had been mostly single-player, and CPU battles aren't the same. 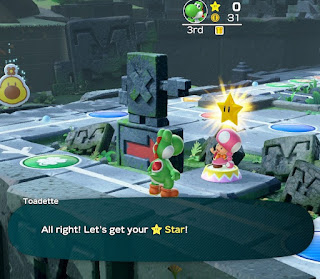 While Super Mario Party "reboots" the series from a long numerical count, the game is pretty much the same. The main mode is to play against three other people (or CPUs) on a game board. You roll dice and try to collect as many stars as you can. While playing mini-games to help your odds on the game board. 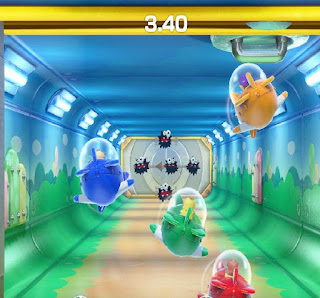 The mini-games I assume are all new. They're two main types of them. You have competitive mini-games where you fight or challenge the other three players. But sometimes it can be a three-versus-one battle with odds heavily favoring the person on his own solo team. Then you have mini-games (not really in the main modes) where four players work together as a team. 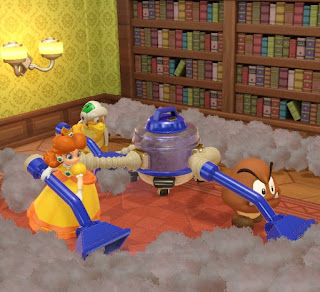 What's new to the Mario Party formula is having to use halves a joy-con controller as the only way to play the game. You can't use a full joy-con or even a pro-controller. While this makes sense in a few mini-games, it's a strange commandment. While I don't think this is the first Mario Party with online play (I could be wrong), it was mine. You can't play online on a game board match, but only via a string of mini-games. 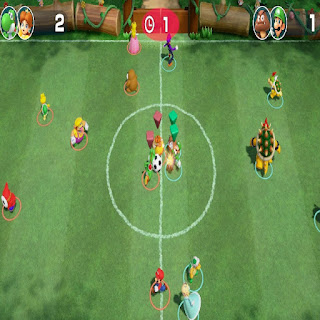 Overall Super Mario Party was disappointing. The mini-games are fun, but without four human players, it's not THAT fun. I played a game board with my little brother, and even a ten year old was frustrated with the illogical design of it all. Someone can win a game and lose every single mini-game, and badly. Online mode was very lackluster and not very fun in my opinion. Unless you have four friends (and enough controllers) to play with all the time, this Mario Party is far from Super, it's lame.