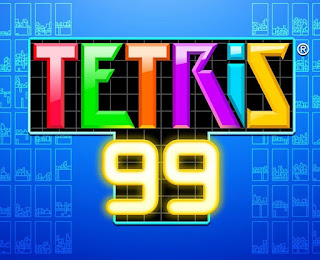 Tetris 99 caught my eye a few months ago when Nintendo released it. I originally thought it was some notable DLC game, but it was even better, it was a freebie if you have Nintendo's online service for Nintendo Switch. While they've offered the NES library for those people, Tetris 99 was a pleasant surprise that nobody asked for. 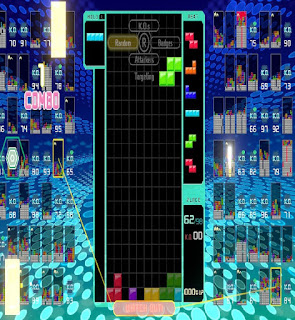 While it may not be the 99th version of Tetris (who knows that number honestly) the 99 refers to playing against 99 other Tetris players at once. Think of it as Tetris meets Fortnite. 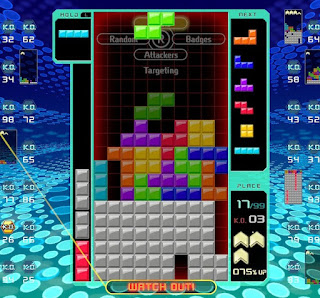 And it's online multiplayer online as well. So if you don't know how to play Tetris, that's quite a learning curve to overcome. I've played Tetris for years, and I would have at least a 50% win ratio in online matches from previous games. But if takes some effort to make it into the top 50 players, and it really gets tough once you get to the final ten. 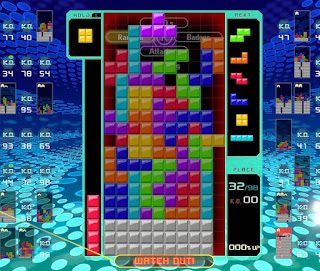 It's hard to fairly judge Tetris 99 against many other games. Because its nothing to obtain, it's no offense to me even if it was a horrible game. But it is what it is. It's Tetris against 98 other people plus yourself. It's a good little time waster, but it certainly isn't the ultimate version of Tetris in my humble opinion.