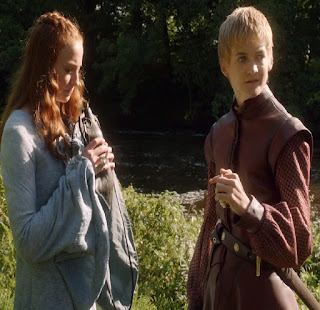 While one of the best written characters in fiction, who actually liked this guy, even for a moment? I sure didn't. When the story starts when think Joffrey is the Crown Prince, the trueborn son of King Robert. Until we find out that he's an inbred bastard of Queen Cersei and her twin brother Jaime Lannister. 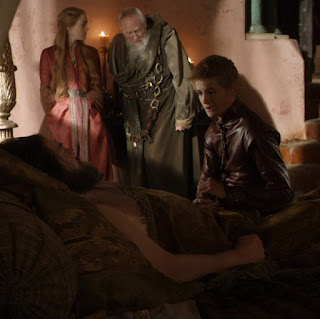 But King Robert dies without knowing the truth. Ned didn't want to further injure his friend's soul by knowing that he had no trueborn children. This was one of the rare moments where we see Joffrey honestly caring about someone other than himself. Even though Robert wasn't really his dad, Joffrey is mourning here. 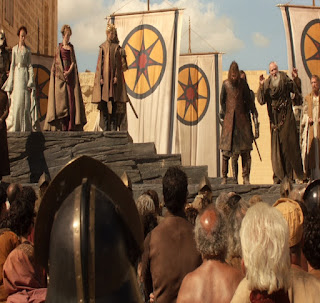 But that soft side soons turn dark again. After Ned Stark tries to remove him from power, he goes above his mother's wishes to have Ned put to death. Honestly, Cersei should have planned a better line of confession for Ned to "admit" to. Lord Eddard Stark claims he wanted to kill Joffrey, which would be hard for any monarch to pardon. 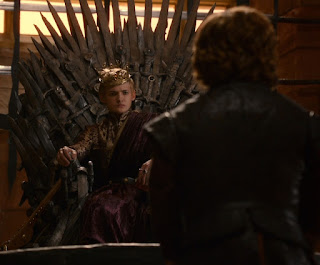 Joffrey is countered quite well by his Uncle Tyrion, especially when he becomes acting-Hand of the King. Cersei did a poor job getting the young King to do the "right thing" and whatnot, but Tyrion managed him quite well, despite the two's hatred for one another. 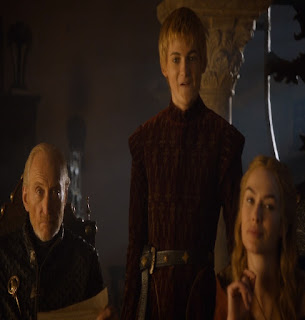 Joffrey soon learned not to anger his double-grandpa, Tywin Lannister. Joffrey often felt unstoppable, but you soon see that he knows not to make Lord Tywin angry. Despite his terrible aim at ruling, Joffrey had two very capable men to be his Hand of the King. 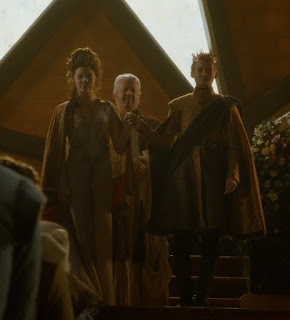 While we all kind of realized that Sansa and Joffrey weren't going to work out, his eventually married Renly's widow Margaery Tyrell. It does seem a little odd that the new Queen never got on his bad side, but Natalie Dormer is very beautiful, so I can't blame him there. 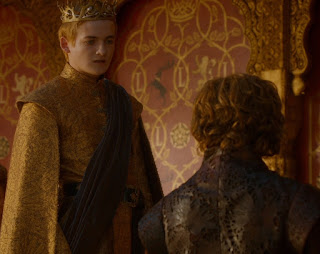 Their wedding goes quite well until he starts to humiliate his Uncle Tyrion in front of everyone at the feast/reception. 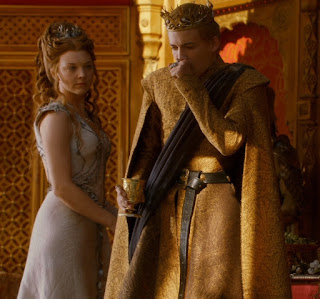 Then he starts choking, and all fans started jumping for joy as he was secretly poisoned. While Tyrion was blamed, it was Lady Olenna Tyrell who wanted her granddaughter to marry the kinder brother Tommen instead.
Posted by Adam at 11:30 PM

Well Olenna Tyrell got her wish, but that plan didn't work out so well!