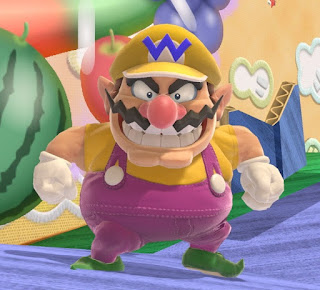 Wario has been in the series since Brawl, but I've never liked him much. They haven't made him better in Ultimate, that's for sure. 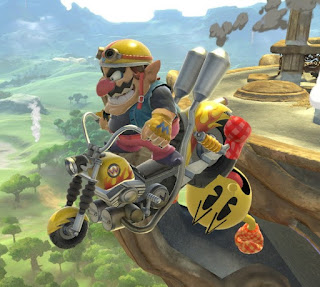 His biggest and best attack is the motorcycle. But only when it's in motion. But that being said, against high-jump characters and certain stages, it can be rather useless. 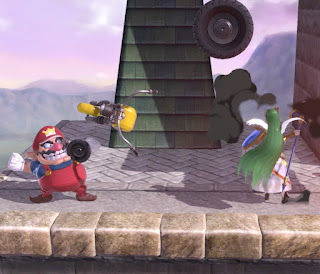 It can be left alone and thrown by either you or your enemy. And it can be destroyed or thrown off a ledge. Wario's other attacks are very close-quarters, so you'll do bad with Wario if you're terrible at close-range. 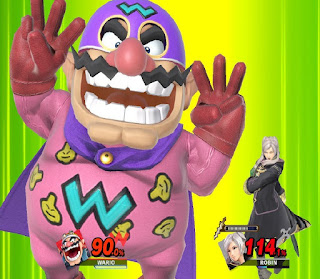 His final smash Wario-Man is a little different this time. Instead of being able to control the goofy "super-hero", he just attacks the opponent caught until the cycle is over. It's okay. 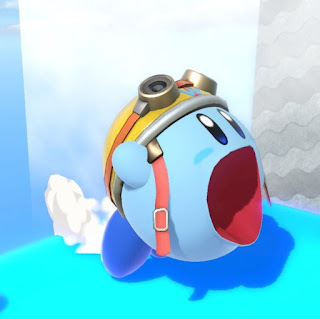 When Kirby takes Wario's powe he can do the chomp attack. But you really have to be right up on the foe to even do anything to them. 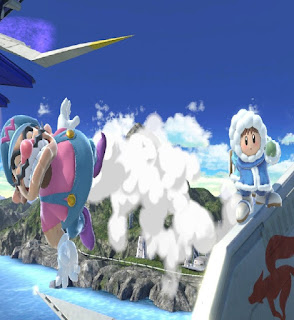 Online I did horrid with Wario. Everyone whooped me good. So, that being said, Wario is in the running for worst character on the roster.
Posted by Adam at 11:30 PM