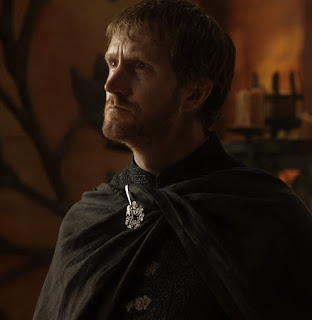 While we technically see him first in the first season, his importance is so minor that most would forget him. The Hand of the King Lord Eddard Stark calls Beric to lead a force of men to bring the King's justice to The Mountain who had been committing so many horrors in the Riverlands. 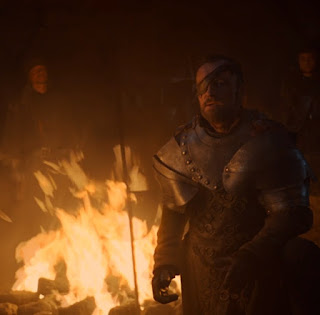 We see him much later on as the leader of the Brotherhood Without Banners. They manage to capture Sandor Clegane and hold him accountable for his dark past. 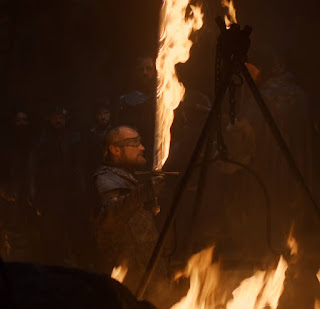 Though the Hound chose a trail by combat, and Beric fights him with his sword engulfed with fire. But Beric loses and dies. But Thoros of Myr prays to the Lord of Light to bring him back to life, and sure enough, Beric wakes up. Turns out, he's died six times already. 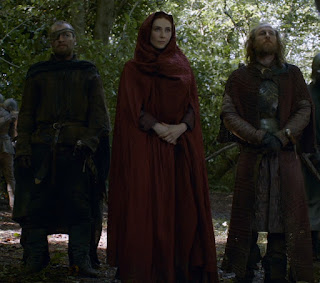 He makes an enemy out of Arya, when he takes gold from Melisandre so she can take Gendry in order to use his kingsblood to do some magic. 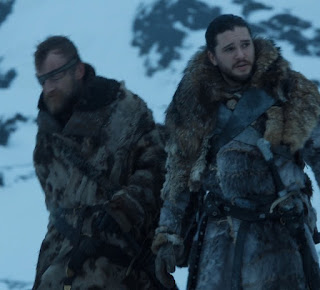 He stays out of the picture for most of the time. But he allies with Jon Snow and the rest when they go North of the Wall to capture a live wight. I thought it was a little touching how Jon and him connected over how the Lord of Light brought them both back from the grave. 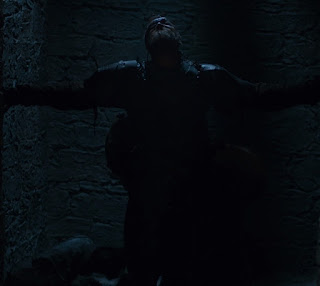 And he dies in the final battle against the Night King. He manages to save Arya Stark but not before he is fatally wounded by wights. Beric had many faults, but I liked him for the most part.
Posted by Adam at 11:30 PM

OMG! I almost did not recognize him! I was very sad when we lost him on the Battle of Winterfell but yah, he was the one with the flaming sword on that long winter :)

George R. R. Martin was a genius at character creation, major and minor.