Things I Like: Bridge of Eldin (Super Smash Bros. Ultimate) 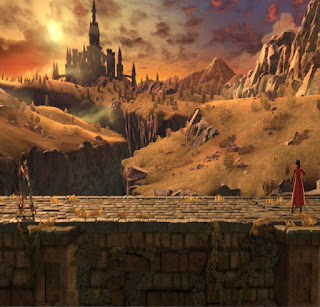 This one has been in the series since Brawl on Wii. Its origin is a notable bridge in The Legend of Zelda: Twilight Princess. Though I more remember the bridge in the daylight than the sunset time they set the stage too. 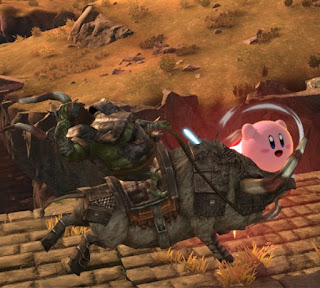 Like Twilight Princess, the monster-boss King Bulblin can be seen here. While its possible to stop him (kinda) you'd do best to get out of the way. He can easily cause you some harm. 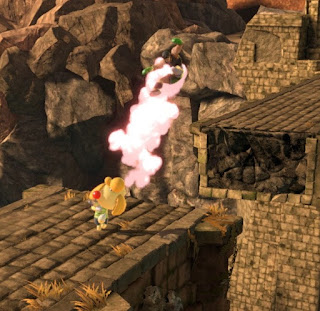 And after he charges, the bridge is split in half. Making an awkward gap between opponents. From really skilled players to novices, everyone seems to have a rather awkward approach to the gap on the broken bridge. 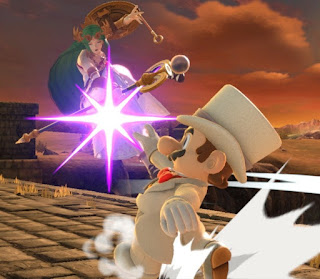 While far from my favorite stage, I've never minded this one. Always fun to play on it every now and then, that's for sure.
Posted by Adam at 11:30 PM