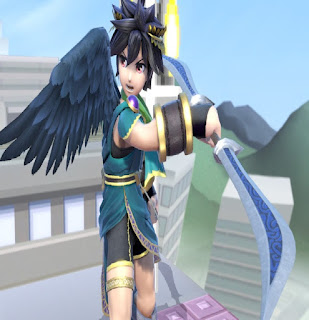 I think I missed him in Smash 4, but I really liked Dark Pit in Ultimate. He's from Kid Icarus: Uprising, a magic clone of Pit, one made to be "dark" but he ends up fighting for good, well sort of. He's certainly meaner than Pit. 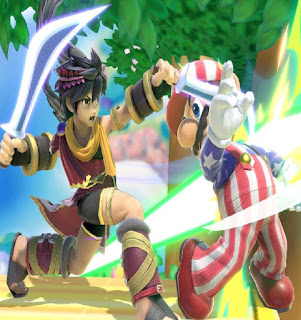 But plays almost the same. I will say, it does seem like his moves are more powerful than Pit's. Not by much, but enough to make a difference. 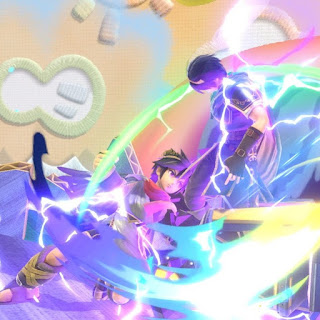 Especially his side special the electroshock arm. That can easily KO some worn-down fighters against you. 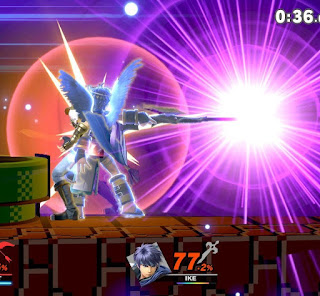 His final smash Dark Pit Staff isn't very good. It's one of those "you better aim right" ones or you'll totally miss. 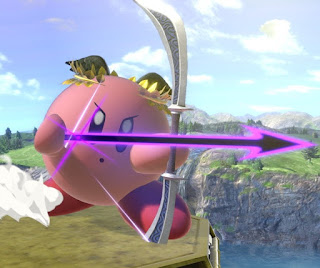 When Kirby absorbs Dark Pit, he gets the magical arrow, but this time in dark magic form. It's an okay Kirby power. 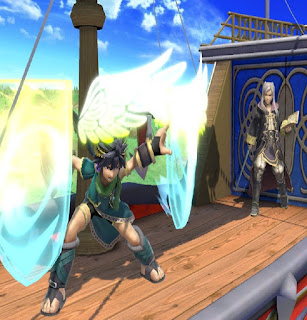