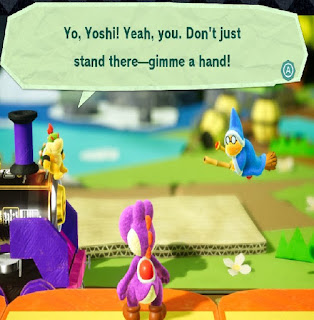 Gator Train is one of the last bosses in Yoshi's Crafted World. Yoshi should have known better than to run into Kamek and Baby Bowser near a train. 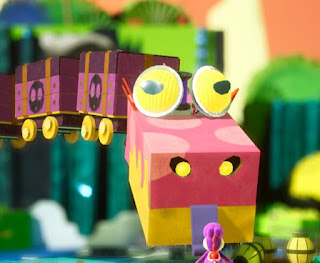 As they turn the train and an alligator into something monstrous. 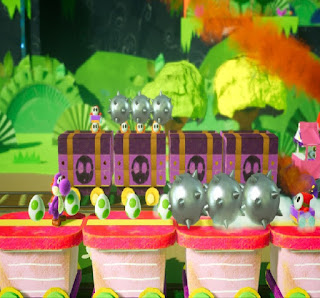 The boss fight has you on a train, trying to avoid what the gator train (and its minions) send your way. 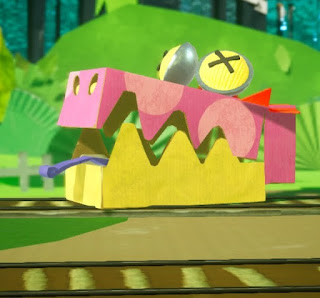 I thought the battle was rather easy, doesn't take long to KO this one. But I had my fun with it. 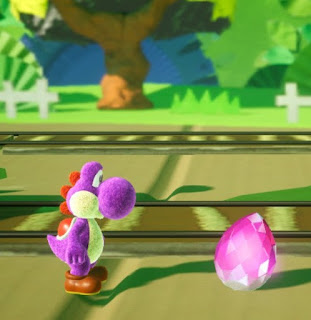 After the battle is over you get the pink dream gem. 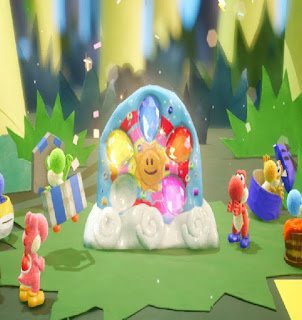