Things I Like: The Great King Bowser (Yoshi's Crafted World) 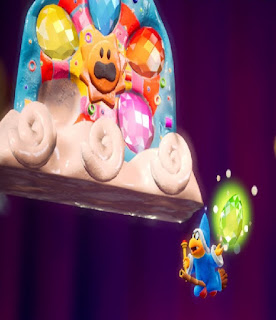 In the last moments of the game, Kamek steals all the dream gems and makes a wish, for his master Baby Bowser to get a giant robot. 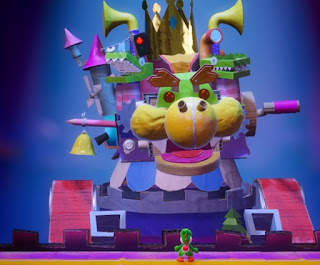 I have to admit, Kamek is oddly loyal. He could have wished to be king instead, or anything else really. 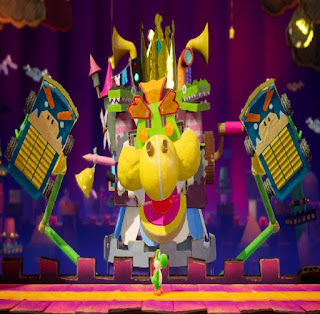 He's got a pretty crazy robot form though. The key is obviously to destroy this two things to your right and left. 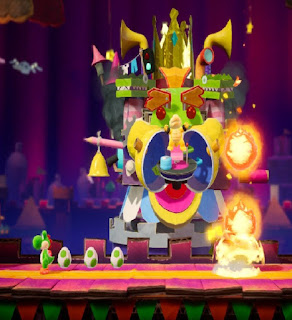 While avoiding a few other dangers to yourself. 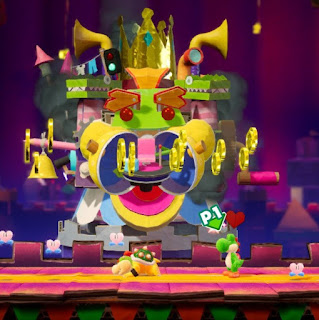 But it isn't hard to topple the infant King Koopa. It's a good boss fight, but far from the series best. 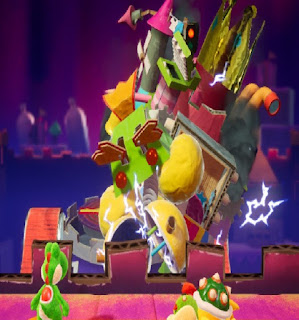 This is the end right? Oh...no, he's going to take on another form, because one wasn't enough.
Posted by Adam at 11:30 PM