Things I Like: King Tommen Baratheon (Game of Thrones) 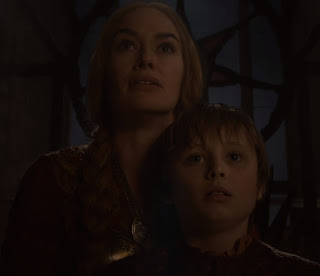 When the series starts, Tommen is a prince and often ignored for most of the time. Like his brother Joffrey, he's really a bastard son of his mother Cersei Lannister and her twin brother Jaime Lannister. Unlike his brother, Tommen is kind, and actually likes his uncle Tyrion Lannister. Cersei seems to care for him the most, a lioness proudly protecting her baby cub. 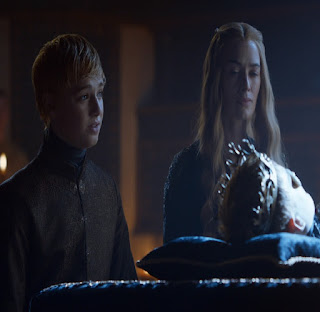 When Joffrey dies at the Purple Wedding, Tommen is elevated as King of the Seven Kingdoms. His double grandfather Tywin Lannister knows Tommen will be a wiser king than his stupid brother ever could have been. 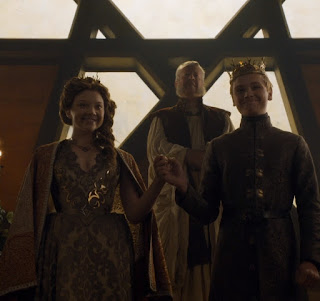 His reign starts off smart, he marries his brother's widow Margaery Tyrell to cement an alliance with one of the few royal houses that are willing to work with the Lannisters anymore. They marriage starts off very happy. Well until the Faith of the Seven arrest her brother Ser Loras Tyrell for his relationships with men. 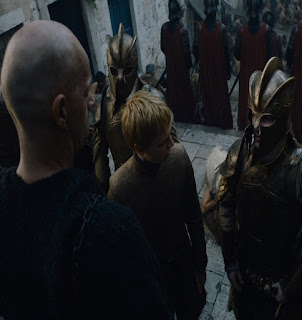 While I always liked his character, I would have done things differently as king. Despite the standard religion's power in the country, I would have sent my army to rip the High Sparrow and his lunatic followers to pieces. 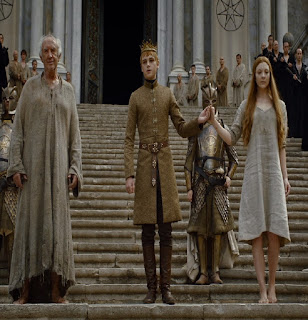 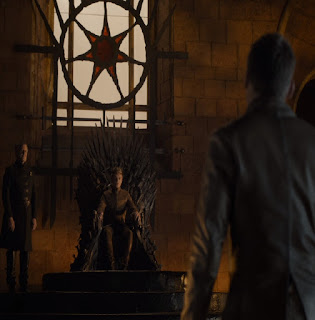 He also fires Jaime Lannister from the Kingsguard, which is a huge deal to his biological father. Like the Night's Watch, their brotherhood is "for life." But the High Sparrow doesn't seem to want anymore done to the Kingslayer, so he goes to lead the Lannister army outside the city. 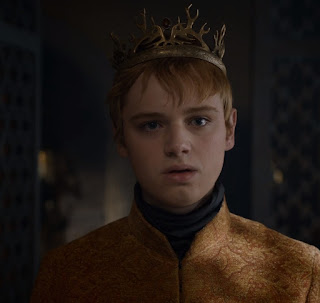 King Tommen is horrified when his queen is roasted by wildfire along with the High Sparrow and most of the high lords in the local area due to his mother getting her revenge upon all of her enemies in a bold and reckless move. And since he couldn't live without his wife (with a wife like Natalie Dormer, hard to blame him), he ends his reign with a long dive from his castle. Which is the final nail in the coffin for Cersei's sanity. I don't know why she didn't think to maybe be with her son until he had time to mourn and recover. Go figure on that one.
Posted by Adam at 11:30 PM

It seems like Game of Thrones contained shock after shock after shock. I liked Tommen, too, but with a mother like Cersei, he didn't have a chance. Margaery Tyrell didn't fare too well either, as a double daughter-in-law.