Melisandre was one of my favorite characters on Game of Thrones, partly due to my crush on her as well. For most of the series, we see her as a servant of the Lord of Light, who believes Stannis Baratheon is the chosen one to kill the White Walkers and the Night King. 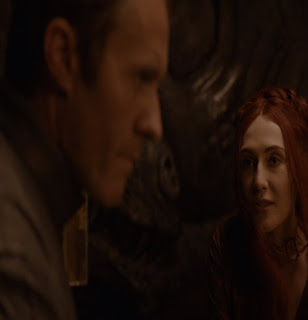 While she doesn't seem to care about what's north of the Wall until Sannis has the Iron Throne. 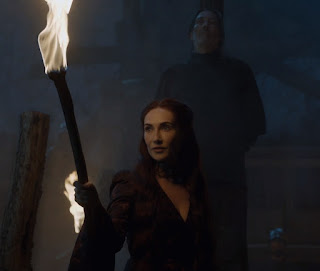 And she's willing to do almost anything to see Stannis as King of the Seven Kingdoms. She almost killed Gendry, she almost burns Mance Rayder at the stake, and she certainly was the reason why Renly Baratheon was murdered. 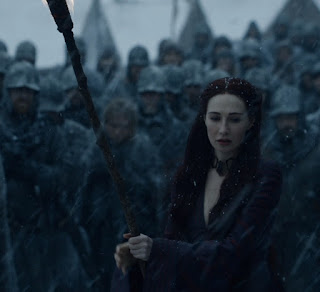 Her greatest fault was the burning of Shireen, which was only done to help Stannis win one battle. A battle he couldn't afford to lose, but still, her sacrifice was brutal and tragic. But the Red Woman seemed to be non-emotional to the whole thing while her parents start to have second thoughts. 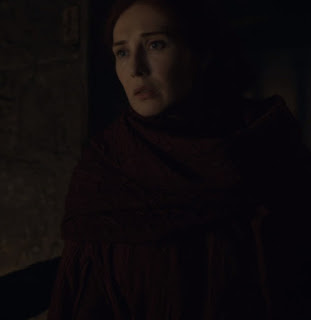 And all of it was for not, as Stannis dies in the North. Melisandre loses her faith in the Lord of Light until Davos convinces her to revive Jon Snow, which works to her surprise. She then believes Jon Snow is the Prince That Was Promised and allies with him. 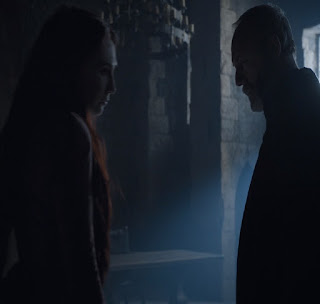 Until Ser Davos figures out it was her that burned Shireen. Stannnis' only child was like a daughter to Davos and he demanded her to be hanged. But due to her help, Jon exiles her instead. 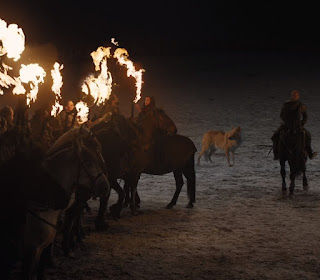 She stays out of the North until the Long Night. She uses her magic to light the Dothraki swords on fire. While pretty impressive, it didn't seem to help as the wights easily stopped their charge and massacred the majority of them. 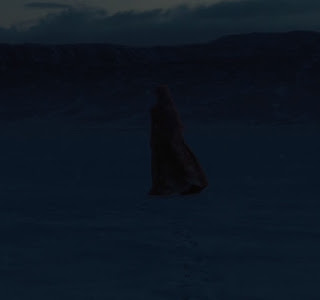 But when the Night King and the Army of the Dead perish, she takes off her magic necklace and dies of old age, or something like that. Since I saw this coming, I wasn't too sad about it. It'll be interesting to see if her fate is the same in the books.
Posted by Adam at 11:30 PM

You got spammed here...bummer. I have yet to see any episode from The Game of Thrones so I don’t know the characters except that it seems none are really good or nice.

Melisandre was a fascinating character, but when she burned Shireen I intensely disliked her. I knew then that the future was not good for Stannis.