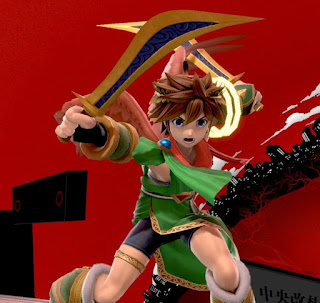 I use like in the mildest degree possible. While I've never hated Pit, ever since Brawl, he's just been on the bottom list of my favorite characters. 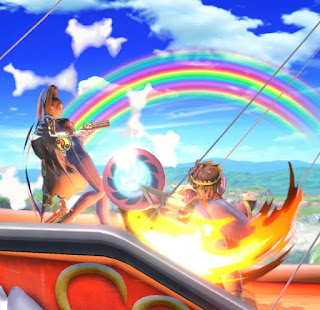 What I do like about his moves is his upperdash arm, a pretty powerful attack and one hard to dodge. 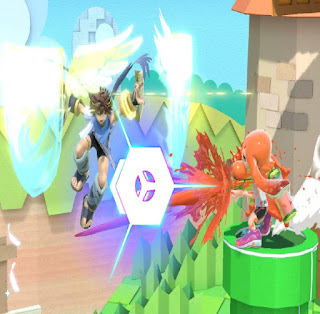 But he just is rather weak. His other useful move is a shield block that can guard from the left or the right at the same time. But honestly, every opponent online broke through my defense when I tried using that against them. 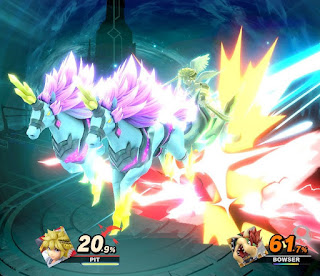 His Final Smash, Lightning Chariot is new. Not the greatest final smash in the series, but it would KO almost person caught in its aim. 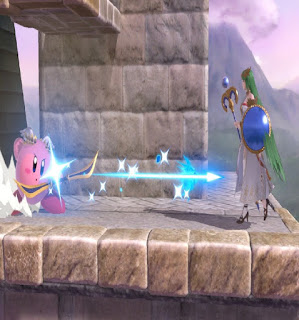 When Kirby absorbs Pit, he takes the magical bow and light arrows. Somewhat useful, but they are a little too weak. 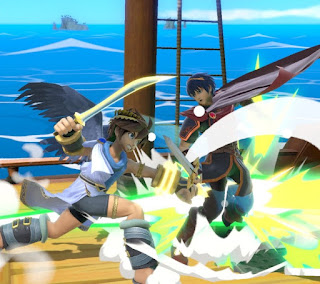 Online I did rather poorly with Pit. The Kid Icarus hero did better for me during the single-player matches against CPUs.
Posted by Adam at 11:30 PM