Things I Like: Ser Jorah Mormont (Game of Thrones) 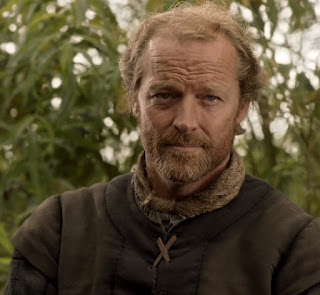 While not even close to being a "great lord" or a king, Jorah Mormont was one of the most important characters and beloved by most. Before the series began, Jorah was a knight and Lord of Bear Island. He had married a beautiful woman but she wanted an expensive life. Jorah rounded up poachers on his land and put them into slavery, in an effort to keep enough gold to for his wife to be happy. He exiles himself before Ned Stark found him. He soon meets the Targaryen siblings, claiming he wanted to see Prince Viserys on the throne. He was working with Lord Varys, helping the spymaster inform King Robert Baratheon of what was happening in exchange for a royal pardon. 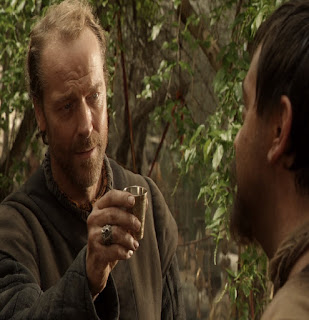 But he has a change of heart and saves Daenerys from drinking poisoned wine. Which helps her trust him and makes him one of her closest friends, though she had no idea that he had betrayed her in the past. 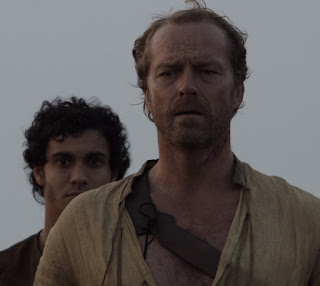 He is the only man of the west present when Daenerys becomes the Mother of Dragons. Jorah thought even Aegon's dragons were myths, and but he became a believer in the magic creatures. 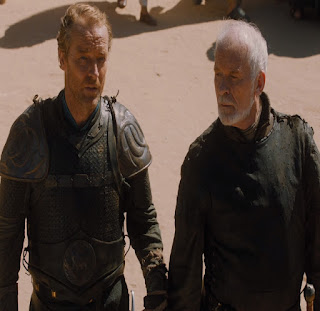 He advisers and guards her until Ser Barristan Selmy arrives to be part of her Queensguard. 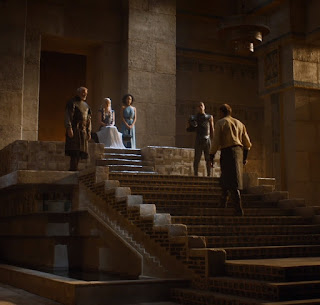 And it's Barristan the Bold who informs Daenerys that Jorah had worked for Varys and King Robert. Which causes him to be exiled into whatever part of Essos that would take him in. 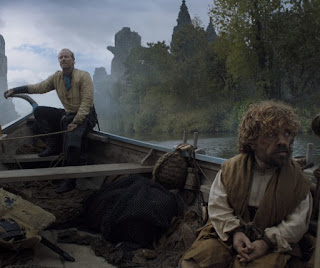 And he does many things to earn the Dragon Queen's trust again. He takes Tyrion Lannister to be a "gift" to her, and ironically he's still exiled by her. Until he saves her life again, and all is forgiven. 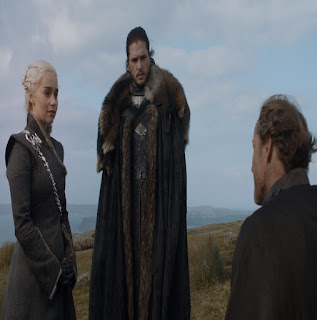 He suffered from greyscale until Samwell Tarley cured him of it. He is excited to serve his Khaleesi again. 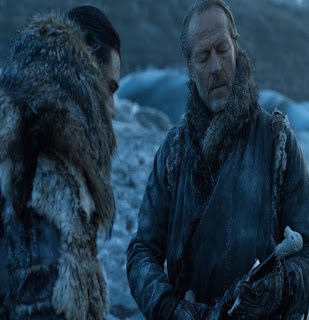 And he goes with Jon Snow to capture a wight to prove to Cersei that the Night King and the Army of the Dead are real. 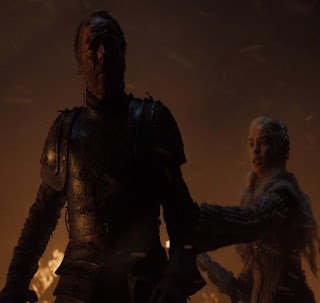 He stays alive until near the end of the series. Dying after many brutal strikes from wights who tried to kill his Queen. While many fans were upset that he died, I thought it was a fitting end to a disgraced knight who died with honor.
Posted by Adam at 11:00 PM

I totally agree with you! His finally scene was really sad, but he died with honor protecting his queen.

It was a good death for his character.