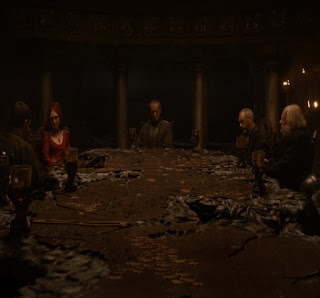 We first see Stannis in the second season though he is mentioned in the first. He's King Robert's younger brother, and with Cersei's children really inbred bastards, he's the rightful king by the Baratheon claim to the Iron Throne. Before the War of the Five Kings, he was Lord of Dragonstone. He was sent by his brother to murder the last Targaryens on Dragonstone but they fled in time. So Robert made him Lord of Dragonstone instead, which he thought was an insult, as Lord of the Stormlands was much better, which Robert gave to Renly, his baby brother. 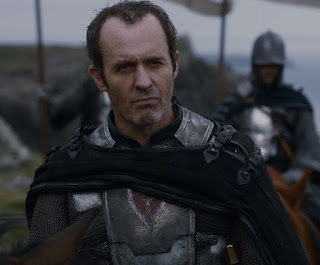 But with Robert dead and the truth out, Stannis makes his claim on the Iron Throne. While he should have waited for Renly to take out the Lannisters, he decides to face Renly in the Stormland with a much lesser army. He uses dark magic by Melisandre to have Renly murdered by a phantom ghost. With it, almost all of Renly's supporters flock to Stannis except those loyal to House Tyrell. 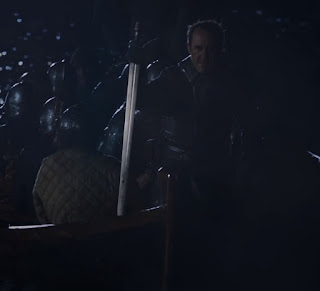 With Renly's men now backing him, he has a huge force to take King's Landing. Though thanks to Tyrion Lannister's planning and wildfire, and the last arrival of Lord Tywin Lannister and Lord Mace Tyrell, Stannis is defeated and forced to retreat. While the show doesn't make it super clear, but Stannis didn't lose most of his men on the battlefield, a good majority fled back to Tywin Lannister and pardoned. 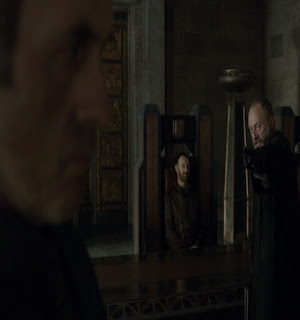 While he almost killed Ser Davos Seaworth many times (what a "friend"), Davos was his greatest champion. I did enjoy their friendship. 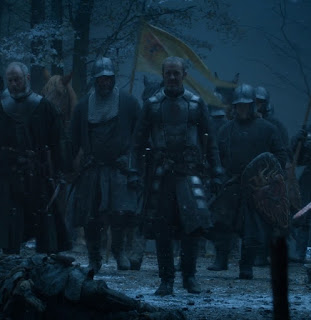 Stannis manages to get enough gold to recruit mercenaries to his cause. Instead of going to King's Landing, he saves the Night's Watch from the Wildling Army. But his plan is to take back the North from House Bolton and use the remaining northern soldiers to take on the Lannisters. 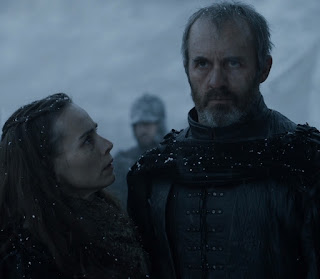 But after he leaves Castle Black, it all goes sour for Stannis. Despite his military strength and sharp mind, he gets into a situation where he can't march forward or back. So the Red Woman convinces him to burn his own daughter to appease the foreign god, the Lord of Light. I think everyone was ready to say goodbye to Stannis when that happened. 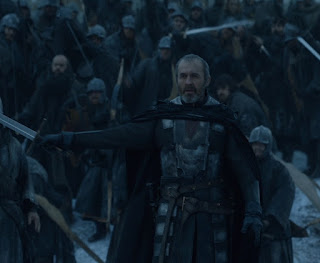 Because when you sacrifice your own daughter to win a battle, and you still lose it, there's no much love lost by the end. While the Bolton men destroyed his army, it was Brienne of Tarth who killed him, in revenge for the death of her beloved Renly. All things said, I did like Stannis and his story. He had many faults, but he was a proven leader, and a man of his word.
Posted by Adam at 11:30 PM

Even in the book, I also kinda liked Stannis. He was a good character albeit definitely flawed.

Stannis lost it all when his daughter was torched. Silly man. I like him too, but those flaws took him down.

The sacrifice of his young daughter was unforgivable. Brienne of Tarth was one of my favorite characters. I could have told her not to go to bed with Jamie. He was never going to stop loving Cersei.