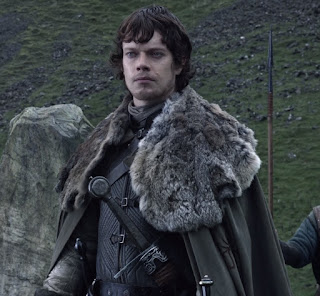 Theon Greyjoy was a character I hated for most of the series, but he eventually won my affection. At the start of the series, he's a ward of Eddard Stark, spending most of his life in Winterfell. In truth, he's a political hostage. His father had rebelled in a great war against Robert Baratheon and lost. Theon was kept by the Starks to ensure Balon stayed loyal to the Crown. 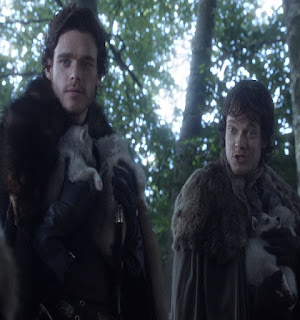 While he's proud of his heritage in the Iron Islands, he gets along with the Starks for the most part. He does almost anything Ned Stark commands, and he's got a good relationship with Robb, for the most part. Though him and Jon Snow have the most distaste between each other. 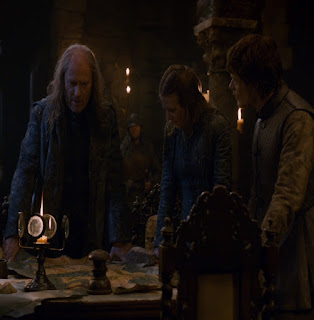 When Ned Stark dies, Robb sends Theon "home" to ally with the new King Balon Greyjoy. Instead Balon seeks revenge on the Starks. He tries to take the North while Robb is away fighting Tywin Lannister's army. 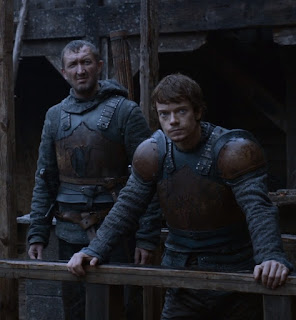 Theon becomes the first person to take Winterfell. Which causes Bran and Rickon to flee much farther north. He doesn't hold the castle for long, as Ramsay Snow of House Bolton takes the castle back, but not for Robb Stark. 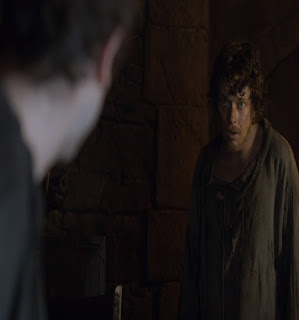 And Theon becomes Ramsay's puppet and pet "Reek" for years. Taking his "favorite tool" from him and even taking his identity from him. Things get a little better for Theon when he proves his loyalty, especially as Ramsay is elevated as Ramsay Bolton. 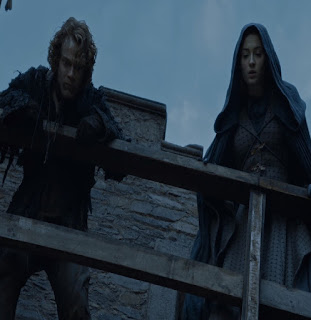 But Theon's "brotherly" feelings for Sansa causes him to betray the Boltons and they both barely escape. 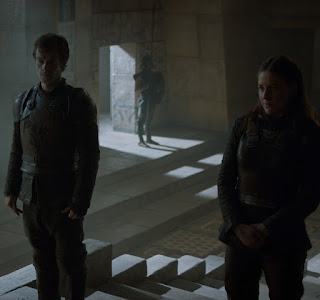 While Sansa Stark and Jon Snow fight the Boltons, Theon reunites with his sister and they ally with Daenerys Targaryen. 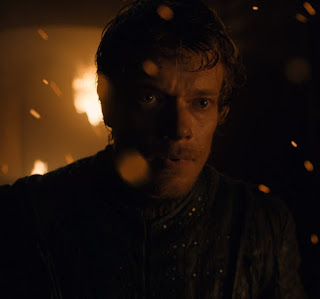 Which goes horribly when their uncle Euron destroys their ships and takes Yara captive. Theon runs away like a coward, of course. 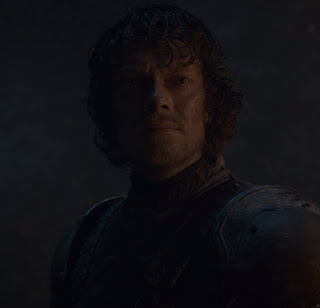 But he eventually takes Yara back. He returns to Winterfell to fight the Night King's Army. He bravely volunteers to defend Bran Stark in the Godswood. I knew his doom was going to happen there. 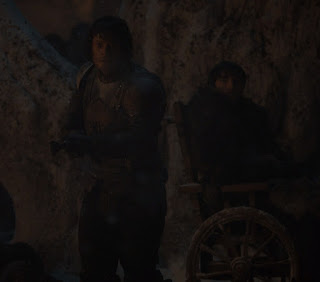 While he puts up a brave fight, the Night King kills him with Theon's own spear. While Arya quickly avenged him, I don't think any Game of Thrones fans would have expected Theon to kill the Night King, if that was the twist they went with.
Posted by Adam at 11:30 PM

Like you, Adam, I didn't like Theon much, but he gained my sympathy as the series went on. I actually found him to be a fascinating character. That was Martin's genius. He was brilliant at creating so many unique characters, major and minor.

I agree also! Disappointing last season though....I won't get into it lol