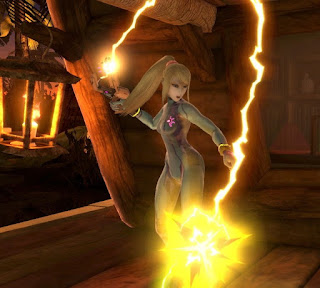 While not new, Zero Suit Samus is back again in Smash Bros. The suit comes from Metroid: Zero Mission, and originally in the Smash Bros. series it was what happened to Samus after she used the Zero Laser. 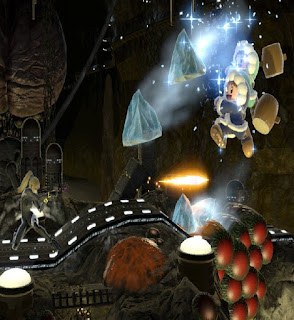 So when Samus has no armor, she loses a lot of her laser power but she's very quick to make up for it. 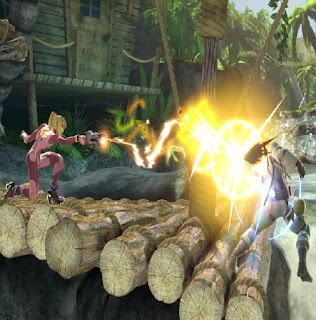 While her plasma arm cannon is gone, she has a neat space pistol that can shoot blasts or act like a laser whip. 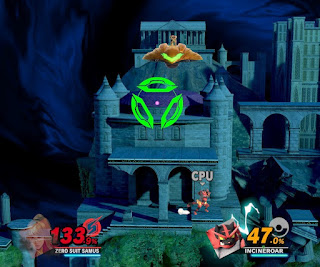 Her Final Samash is still a Zero Laser but this time, shot from her spaceship from the background of the screen. While I like the regular style, at least this one makes it harder for some opponents to dodge it. 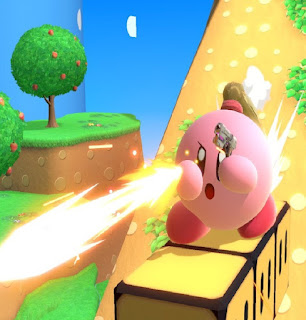 When Kirby takes her powers, he gets the paralyze shot. Just like it is with Zero Suit Samus, the pistol shoots a minor blast of energy. It's okay, but not super strong. 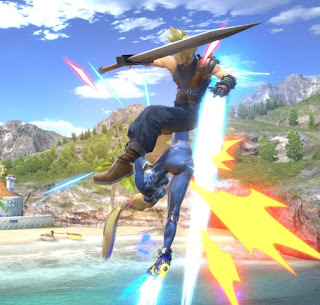 While I liked her, she's not near the top of my favorites. I like her speed and agility but I wasn't very good at using her. Though I have met a bunch of players online that were quite good at her. A skilled Zero Suit Samus player is a tough cookie to crack.
Posted by Adam at 11:30 PM