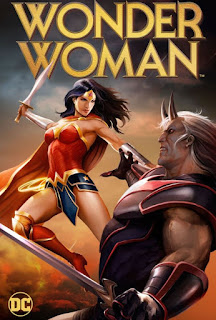 Wonder Woman is one of DC's most beloved characters, but I never watched much of her besides her roles in the Justice League and whatnot. I really fell in-love with the character with the recent portrayal by Gal Gadot in the DCEU. About a decade before Gal Gadot held the lasso of truth, DC comics made this animated film which is one of their straight-to-video line. Most of the series of these DC films are pretty good, and I decided to catch up with their 2009 incarnation of Wonder Woman. 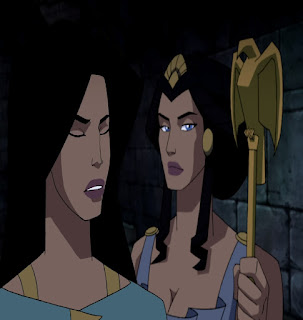 This one is a origins story (duh) and starts before Wonder Woman is born. Her mother Hippolyta had fought a great war and won. She had the God of War Ares with a sword to his neck. But before she got her revenge, Zeus commanded her by force to spare his son from death. For her obedience, the Goddess Hera blesses Hippolyta with a daughter made from sands of the beach and Hippolyta's own life force. So the new princess Diana has no true father. 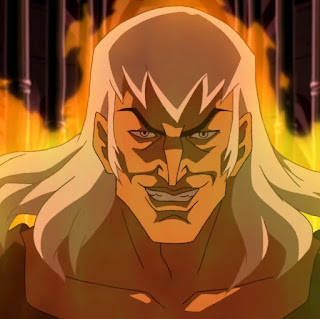 The God of War Ares was punished by his father Zeus and is forced to wear arm bands that make him "mortal" more or less. Though some of Ares' dark magic and brute force is still within him and he's able to use it. While he remains a prisoner of the Amazons for centuries, Ares soon comes up with a plan to get his revenge. 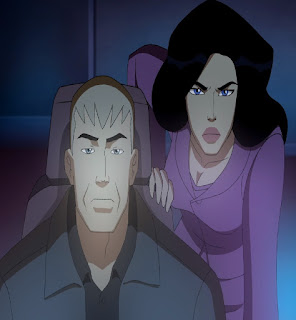 Which is about the same time that the American pilot Steve Trevor crashes on the island of the Amazons. Despite their hatred of men, Steve is spared and exiled back to his own home. Diana is tasked of being the "ambassador" to the outside world. But she'll soon be the protector of all people, as Ares wants the world filled with billions of dead folks. 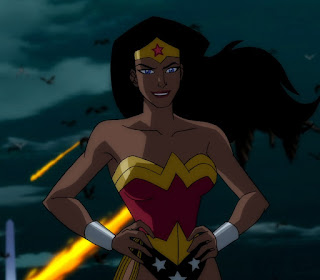 Overall Wonder Woman was a pretty good animated film. The plot is actually really similar to Gal Gadot's film, though there are many differences. In ways both movies do things worse and better than the other, but I do prefer Gal Gadot's excellent Wonder Woman movie. I hear the movie did more poorly than DC expected so this one never got a successor, as most of the films that followed are either based on the Justice League, Batman, or Superman.

So far, I've enjoyed the Wonder Woman movies. Even my mother enjoyed watching it dubbed in Japanese during our last trip to Japan.

I'm with you. Gal Gadot does justice to Wonder Woman.