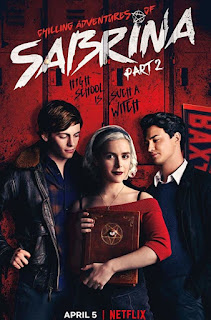 I really liked the old TV series Sabrina the Teenage Witch back in the 1990's. It was based on a long-running Archie comic series. This one is much different, and way darker in story. It's based on a updated comic spinoff of the Sabrina tales of the same name, and apparently was originally going to be on the CW alongside with Riverdale (which is from Archie comics too) but Netflix picked it up instead. Netflix actually released the season in two parts, one in October of 2018 with the rest being in April of this year. 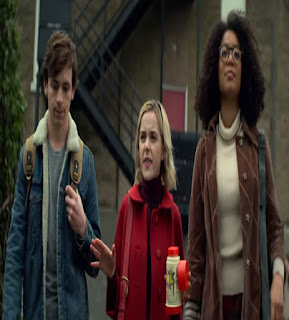 The story starts with Sabrina Spellman on her 16th birthday. She thinks she's just a normal girl, in a plain town, with a cute boyfriend and some good pals. However her aunts Zelda and Hilda have something important to tell her. She's really the daughter of a normal human "mortal" and her father was really a warlock. Obviously this takes a toll on Sabrina's life, as being a half-witch isn't easy. 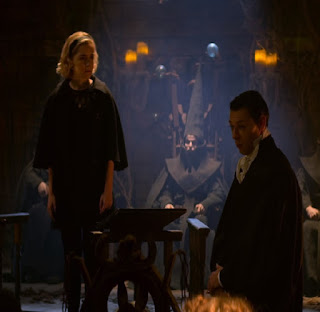 She isn't given a warm welcome in the land of witches and warlocks. Most hate her for being half-mortal. Sabrina gets upset with the high priest Father Blackwood tells her to sign a unholy book which pledges her soul and freedom of choice to Lucifer Morningstar, better known to mortals as Satan. Things get dangerous for her when she vows not to sign it. 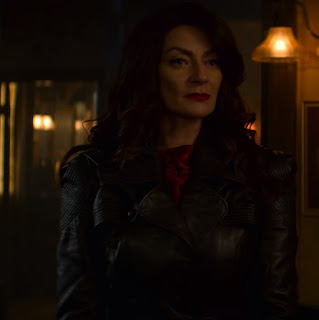 Pulling Sabrina's strings without the half-witch knowing is Lilith, Adam's first wife in the Garden of Eden. She had been saved by the Dark Lord all those years ago, and she often serves as his best subordinate. There's something special about Sabrina, something that nobody in either "world" knows. Lilith makes it her recent goal to make sure Sabrina Spellman fulfills her destiny as a bridge between worlds. 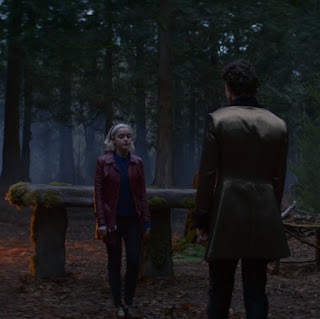 Overall I really liked this new version of Sabrina. I heard many didn't like Part 2 of season 1 as much as they did the first. I was the reverse, as I thought the last half of this season had a much better story, though it kind of forgets it's in the horror genre with Part 2. Netflix was really wise to have snatched it from the CW.

Not one I have watched yet. Currently working though Schitts Creek.

I loved the 90's version but this one was just a little too dark for me.
Lilith was my favorite character probably because she's from Dr Who.

This is one of my fave shows, Adam! Love the cast. I also liked the 90's version but being a horror fan, this version was more to my liking:D

Ha! I'm old enough to remember the Saturday morning cartoon version, which, needless to say, wasn't all that dark in tone.