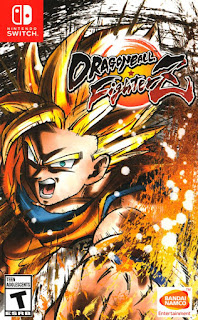 One of my favorite anime shows of all time has been the Dragon Ball (Original and Z, GT was garbage) series. I remember at one point in time (in America, Japan was not the same story) where the only Dragon Ball game was Dragon Ball Z: Ultimate Battle 22 on PS1, which was one of the worst games of all time, let alone one of the worst Dragon Ball Z games. Then we got the decent Budokai game and a whole bunch of better and worse DBZ games followed. This game came out first on PS4 and Xbox One, and fans seemed to have dug it, so I didn't hesitate to get the game myself. 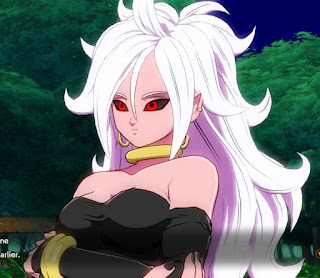 The game has a new story with it being somewhere in the Dragon Ball Super timeline (as Beerus and Whis are here) but a new "Android" comes out of nowhere. She has a strange plan to devour fighters of a high power-level. Not only does she have the making of a artificial being, but she's also got the cells of Majin Buu. The Z fighters aren't going to have an easy time with this one, especially as former villains like Frieza, Cell, Nappa, and the Ginyu force have been magically revived back from the dead. 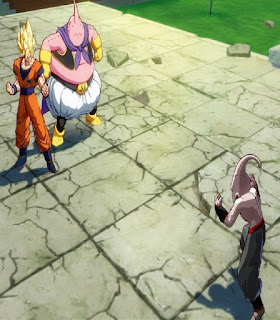 So for most of the story mode you fight various notable characters, but the filler is simple clones of past heroes and bad guys. They don't speak, have a more limited color scheme, but they do have the same moves and powers as their original forms. You can level up and get stronger like you do in an RPG in the story mode. 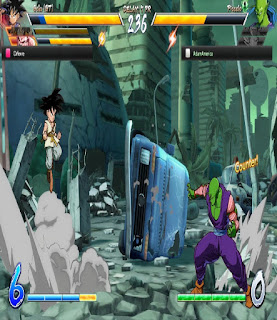 The game-play itself is typically a three vs three match. You can play as well over twenty characters (plus more with semi-expensive DLC) all with their own unique moves and abilities. You can also play online with other fighters, which is mostly lag-free but I have seen a few matches experience some slow-down. 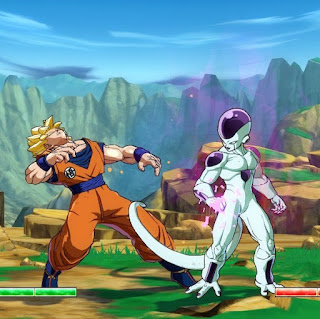 Overall I was a bit disappointed but still generally impressed by Dragon Ball FighterZ. The story mode was too ambitious, using RPG elements to expand the play-time but dulling out the fun. With three story arcs (all of them contradicting each other, at least a little), by the final one I was ready for it to be over with. Online battles are fun, but it's so slow to find a match so having a marathon of battles is impractical unless you got a lot of time and patience on your hands. That being said, it's certainly one of the better Dragon Ball Z games in recent years.