Favorite Quotes: To Build and to Cherish 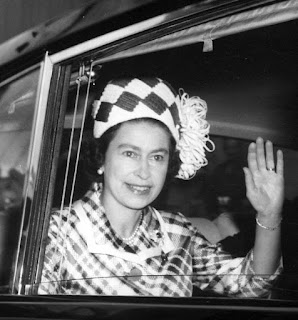 "It has always been easy to hate and destroy. To build and to cherish is much more difficult."

While the royal family of Great Britain haven't had any real effect on government policy in Great Britain (not that it matters to an American like me) for several lifetimes now, I do like this quote. The British Empire certainly has gotten better during her reign than before she took the crown.
Posted by Adam at 11:00 AM

That's because the British Empire was dead by the time she got the Crown.

The British Empire is dead. It is now called "The Commonwealth" - a collection of the former British Dominions and Colonies.
Elizabeth Mountbatten-Windsor is the titular head of the Commonwealth which is run by a Secretary General.
Due to "Lizzie's age, when this "August??? body" meets, Charlie-boy is her representative. The organisation is really a toothless tiger these days.
Cheers
Colin

I'm not much into British royalty, but Elizabeth had two stellar parents who did much to keep up morale during World War II