Favorite Quotes: The War of Politics 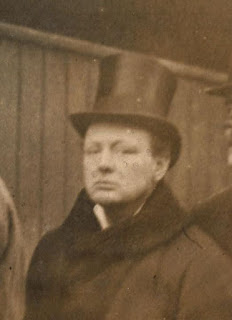 "Politics are almost as exciting as war, and quite as dangerous. In war, you can only be killed once. But in politics many times."

I like this quote by Churchill, who said this many years before he ever became Prime Minister. I think Hillary Clinton, Richard Nixon, William Jennings Bryan, and Adlai Stevenson probably knew this last part to be very, very true.
Posted by Adam at 11:00 AM

Who said, "If you want a friend in politics, get a dog" -- Harry Truman, I think.

...and these were the good old days when politicians did care about the people who elected them.

Good old Winston loved war. Thank God the staff of the Combined Allied forces in WW2 ignored his meddling. Remember he was responsible for the slaughter of the Gallipoli campaign in WW1 !!!!
I have no love of Winston.
Colin