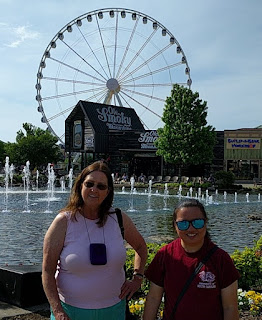 One of the neatest things I heard about was The Island in Pigeon Forge. I didn't expect a place where you had to park far away and be driven to the place by a trolley bus. 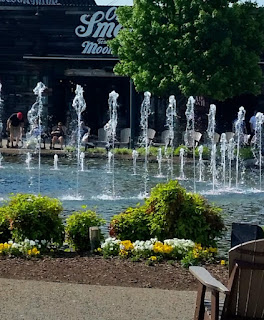 One of my co-workers said the fountains were neat, but I wasn't too impressed. She says they light up at night, but it was far from night when we went. 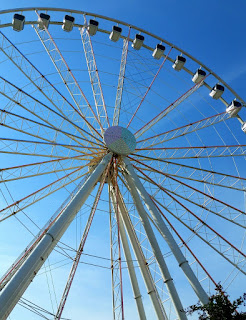 The biggest thing of note was the Great Smoky Mountain Wheel, which is a pretty huge Ferris wheel. 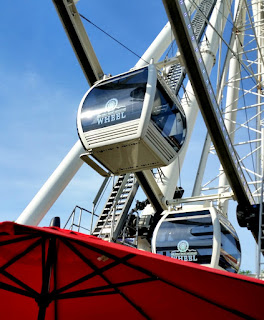 We didn't ride it, but you know a ferris wheel is high up when people are in a glass cube. 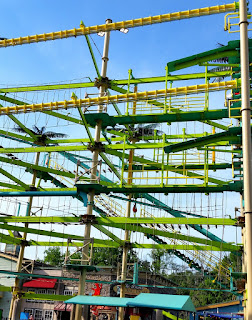 They also had other rides, which I thought would be more carnival style but they're just a mild distraction and mostly for the kiddos. 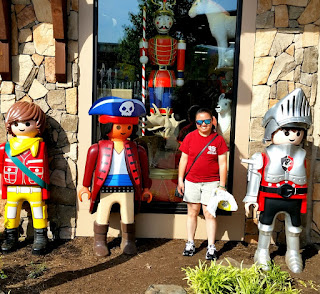 Most of the things at the island are just places to get things at. Hey these guys are slightly shorter than Daisy! 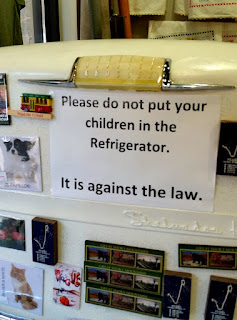 I saw this in one of the venues, I have to admit, I laughed. 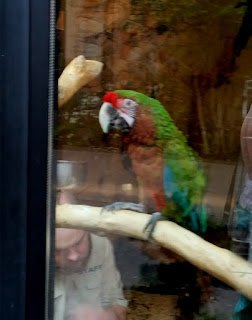 And for some reason, one of the places had a parrot in the window. But overall, I didn't like The Island nearly as much as I expected. I probably wouldn't go again if I had the chance.
Posted by Adam at 12:00 PM

That pirate seems to be looking at Daisy.

Daisy is going to want to hang out with the little guys, now that she is the tallest. :) I was wondering about the ferris wheel being so high. The cubes seem safer. Blessings, xoxo, Susie